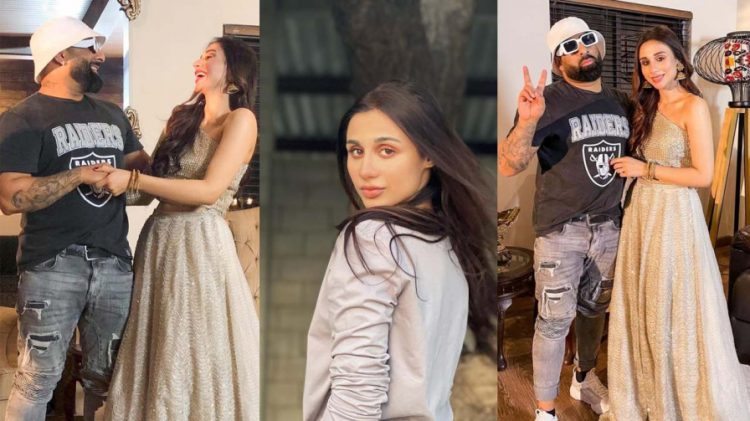 Actress Mashal Khan has established herself as a star in the Bollywood industry thanks to her stunning beauty and acting prowess. In the past, Thora Sa Haq’s professional demeanor was limited to her own Pakistan.

The Suno Chanda actor shared some exciting news regarding her forthcoming project, which will see her teaming up with Bollywood music director Vee.

“That Gemini-Aquarius bond is real❤️ Vee, not only are you a brilliant producer, but a wonderful wonderful, absolute gem of a person. Not only was it so great working with you, but time flew by because we were having so much fun❤️ I wish you the best my friend, safe travels and I will see you very soon❤️ @officialveemusic”, captioned Mashal.

For her exceptional performance and professionalism, Mashal Khan was also praised by the Bollywood director.

Despite her onscreen appearance, the 24-year-old is a fashionista in real life and routinely informs her admirers via her social media accounts.

Mashal has been widely lauded for her portrayal in the television series Parizaad.