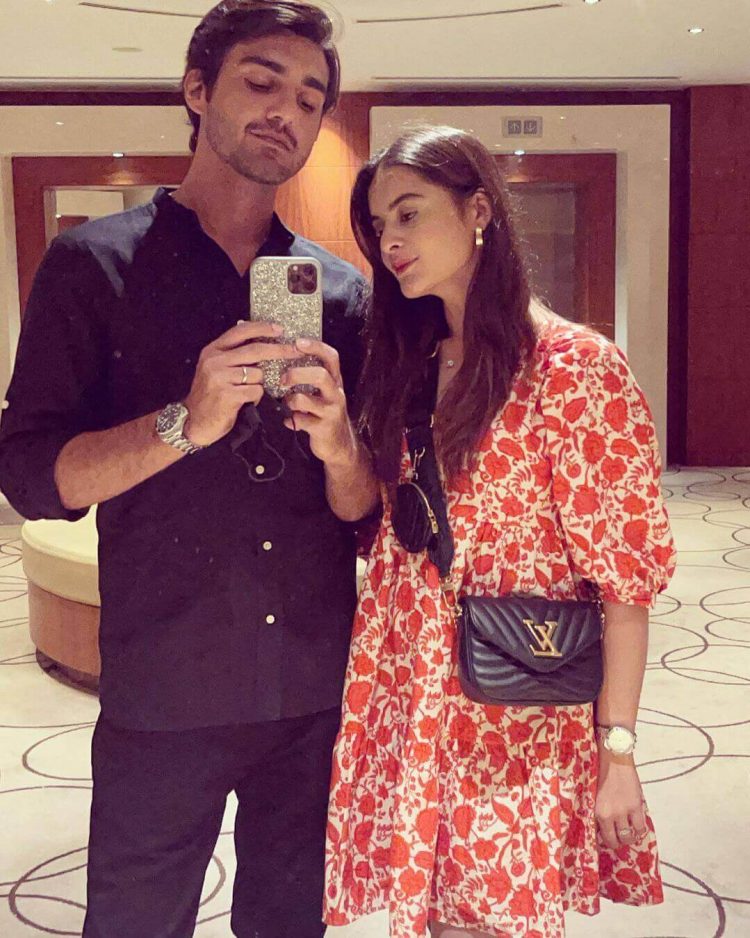 Minal Khan and Ahsan Mohsin Ikram, one of the most admired celebrity couples, celebrated their first wedding anniversary yesterday. In a celebrity-studded ceremony, the couple exchanged vows on September 10, 2021. Minal Khan recently shared a stunning wedding highlight on her official Instagram account in honour of their first wedding anniversary. “One year to these memories,” Minal wrote as the video’s caption.

Ahsan, on the other side, also wrote a wonderful anniversary message for his stunning wife Minal. Ahsan commented, “Happy 1st anniversary my love, I will keep loving you forever.. this is just the beginning” alongside a cute photo of Minal Khan.