Ali Gul Pir is a host and comedian. He is well known for his songs like Waderay Ka Beta and his funny parodies of fashion shoots and campaigns. He has been in innumerable commercials and videos. Last year, Ali and doctor Azeemah Nakhoda became engaged. The much-anticipated wedding season in the nation was used to finally tie the knot for the couple. They had a lovely Nikkah ceremony, a ubtan, a lively mehendi, and a stunning rukhsati. The couple held their wedding reception as soon as it was time to wrap up the proceedings.

The bride wore a patterned lehenga and looked stunning, while the groom opted to go a traditional tux for his celebration. Close friends and relatives of the couple were present during the reception, and the couple appeared joyful and much in love. Here are some images from the wedding reception of Ali Gul Pir and Azeemah Nakhoda: 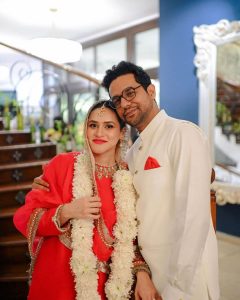 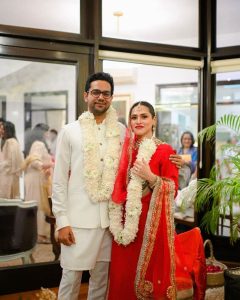 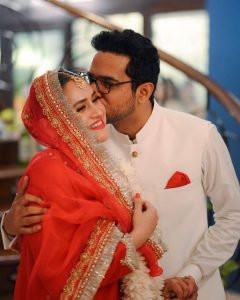 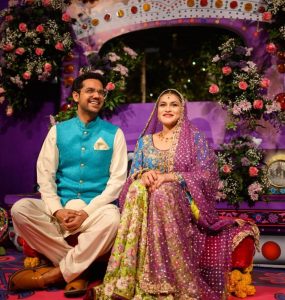 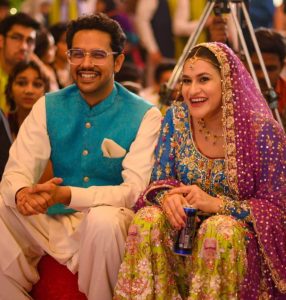 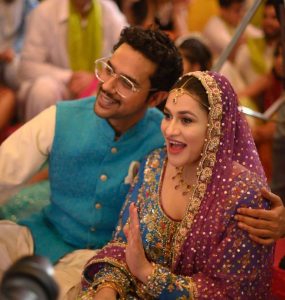 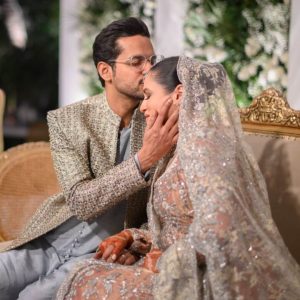 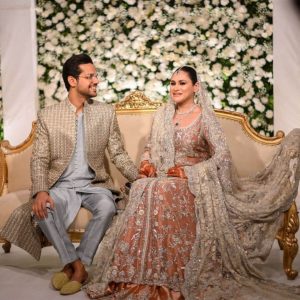 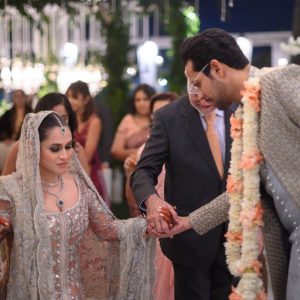 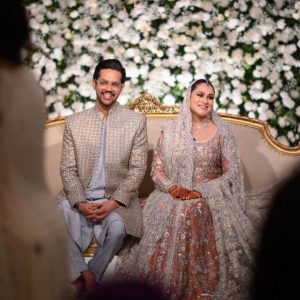