Another promo of Chupke Chupke is out now! 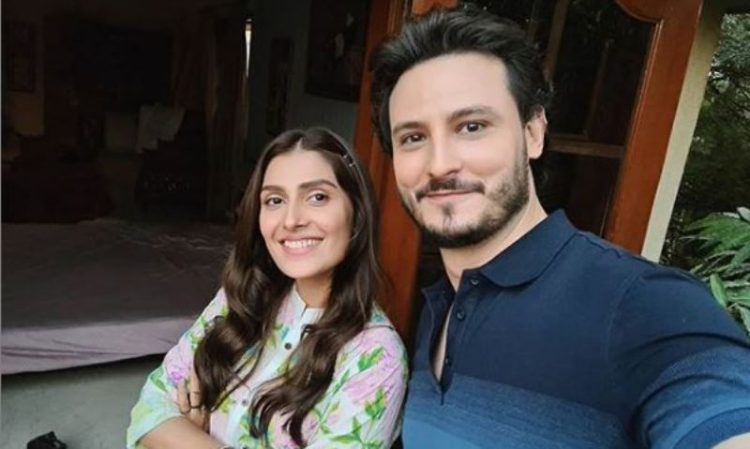 Since the first teaser or promo of the drama serial Chupke Chupke, people are eagerly waiting for its release. The show is a comedy serial with a lot of twists and turns. The director of Chupke Chupke is none other than the super exceptional Danish Nawaz. He is the director of multiple hit serials, including Suno Chanda, and movies like Wrong No. and Wrong No.2.

The audience loved the first promo of Chupke Chupke, and now the second teaser has made the fans go crazy for it. In addition to this, Ayeza Khan and Osman Khalid Butt’s serious role are attracting the attention of everyone. Both the actors worked in a Ramzan special comedy show named Galti se Mistake Ho Gaye in 2013.

Osman Khalid Butt posted the second promo on his Instagram handle. He captioned the teaser as: “‘Juice.’

The new promo for #ChupkeChupke is out now!

As per the caption, it’s another Ramadan comedy show, this time starring the two superstars.

Previously, Osman Khalid posted a post where he complimented the director of this comedy show Danish Nawaz. The post was captioned as: “With the man who can pull off a Khaas, a Kashf & a Chupke Chupke in quick succession. Comedy is serious business, as in reining in twenty-odd strong personalities who are as quirky, loud & opinionated as their characters (or maybe that’s just me, lol.)

Chupke Chupke was a difficult project – we’ve seen through a pandemic, cast shuffles, production delays – we could make a whole serial on its ‘making of’ – but it was inspiring to see the captain of our ship not only keep his cool through it all, but constantly work with us to level up every scene with improvised comedy, hilarious one-liners & creative blocking.

So here’s to our director Danish bhai!

(I think the second picture summarizes our dynamic perfectly, haha!)”

Another hilarious incident happened in the comment section of the post by Osman Khalid Butt containing the second teaser of Chupke Chupke. A fan noticed the absence of Arsalan(who played the famous character Gulzar in Ehd-e-Wafa) and asked Osman about him. On this Osman Khalid Butt replied “we hid him taakay nazar na lag jaye usay.”

We cannot wait for the show to hit the screens like all the fans out there.