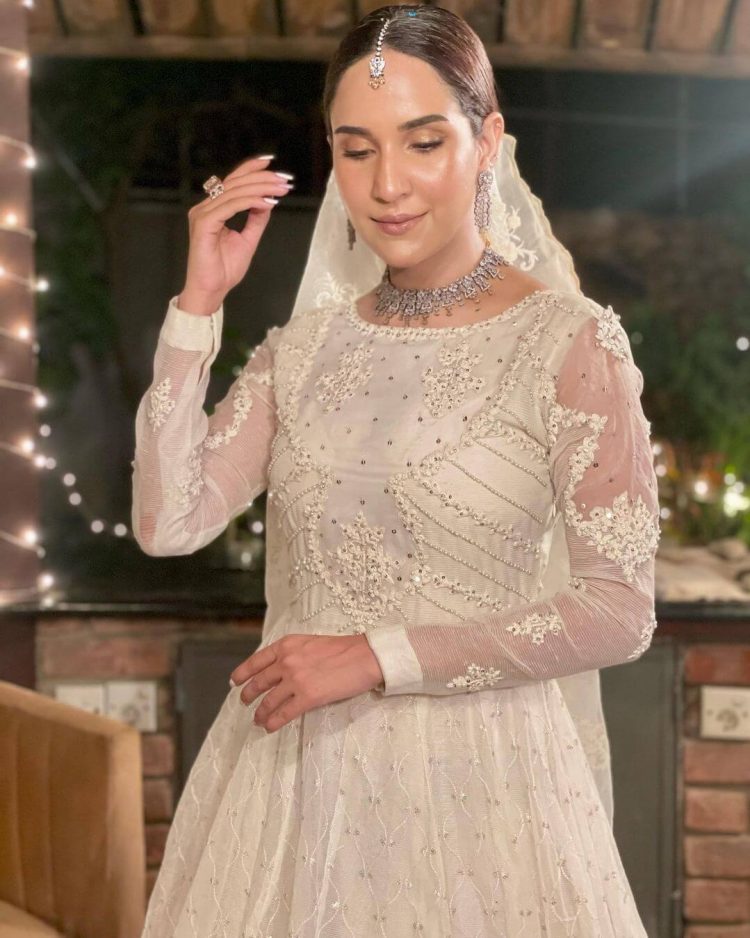 Anoushay Abbasi has a long history in the field. She began her profession at a very young age, and we have watched her grow. She has received praise for her weight loss, style development, and acting prowess. Even if she only shows up for one scene, she still wows everyone.

Anoushay participated in a conventional picture shoot, and in white, she appeared ethereal. Her first appearance was made up of modern white pishwas, smoky makeup, and open hair, and for her second appearance, she was dressed in a white lehenga. Following are some images from the photoshoot: 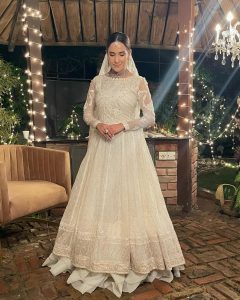 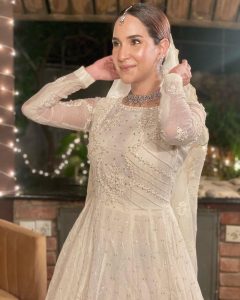 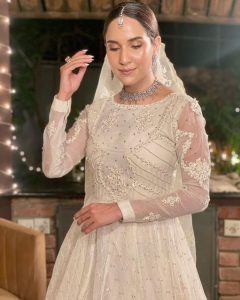 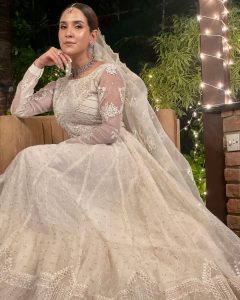