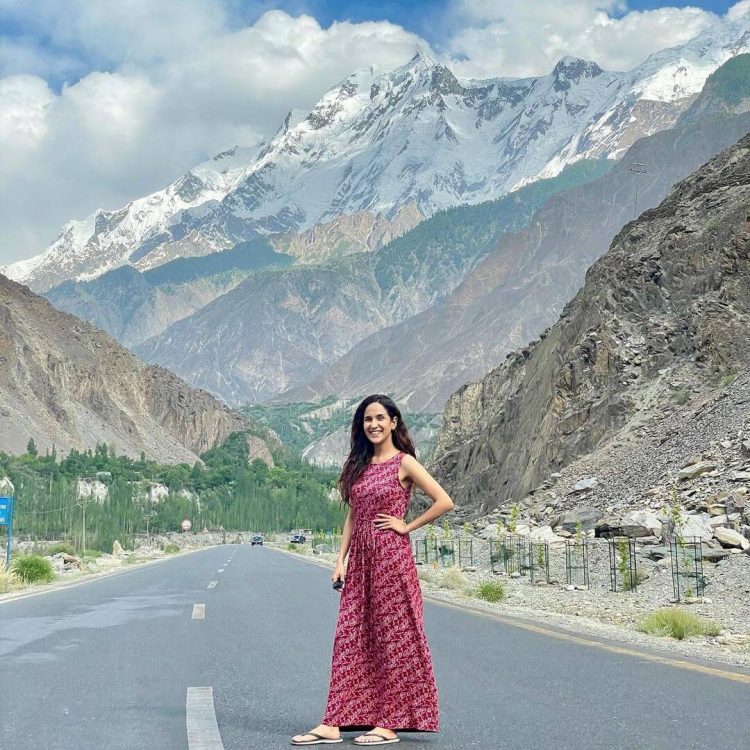 In Pakistan’s entertainment business, Anoushay Abbasi is a well-known and versatile actress with a large fan base. She began her career as a VJ before moving on to become an actress. She has participated in a number of drama series, but after getting married, she took a vacation from acting. She made a comeback, though, with a stunning fitness transformation that made her the talk of the town. Anoushay Abbasi is now starring in the Hum TV drama Raqs-e-Bismil, for which she has received recognition for her acting abilities.

Anoushay Abbasi on vacations in Pakistan’s northern regions. Recently Imran Abbas, Nausheen Shah, and Ayesha Omer were also on Northern Pakistan Trip. Check at her lovely photos as she enjoys the magnificent scenery of Hunza.