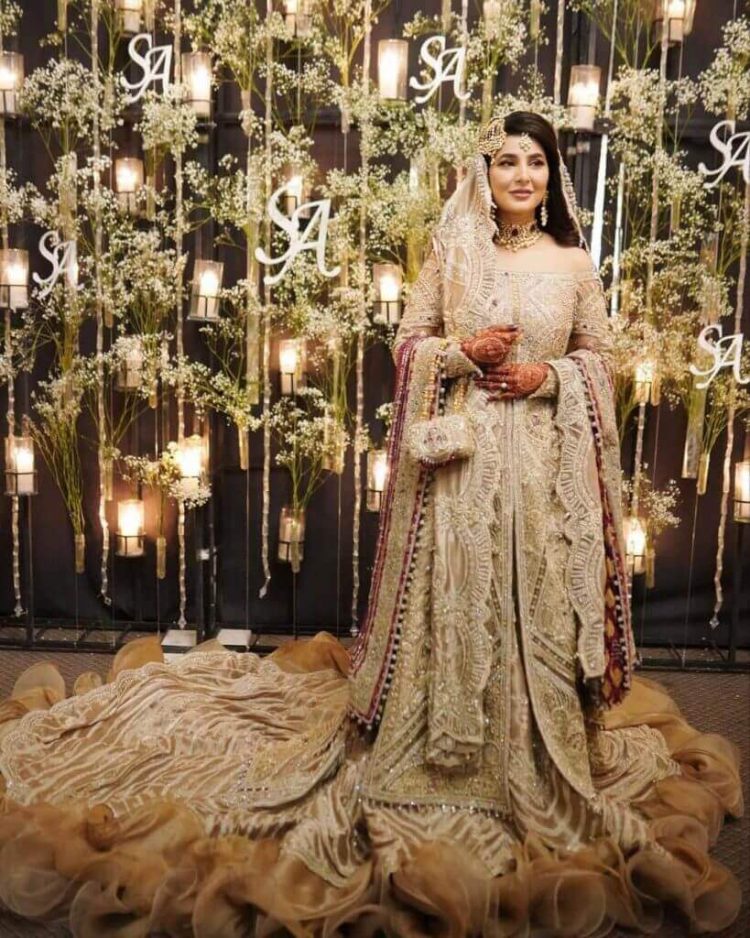 Areeba Habib is a stunning Pakistani model and television actress who rose to prominence after appearing in the drama series “Koi Chand Rakh” alongside Ayeza Khan and Imran Abbas. Later, her drama “Jalan” became a smash due to its unique and engaging storyline; viewers became attached to her sweet character in the drama and began to adore her; Areeba’s admirers adore her lovely demeanour.

Areeba revealed her “Baat Pakki” with Sadain a few months ago. She also informed her admirers about the date of her wedding. Last week, videos of her dancing practice and Dholki went viral.

Areeba Habib married Sadain in an intimate Nikkah ceremony on Friday, with only a few friends and family members in attendance. Areeba Habib was dressed in a lovely crimson gown and looked stunning.

The wedding of the lovely actress is taking place today. Areeba Habib looks stunning in her dull gold-adorned bridal ensemble on this lavish Shehndi evening. She’s dressed up in a new way this time. Her hubby is dressed in a black shalwar kameez. Take a peek at the photos. 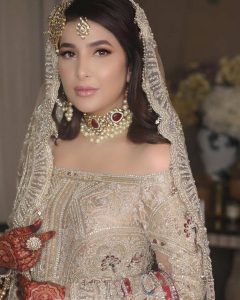 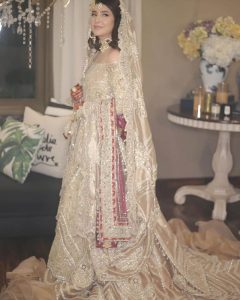 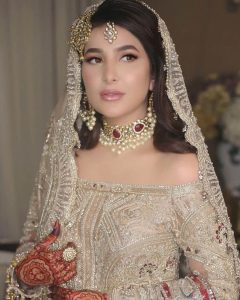 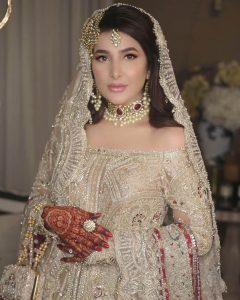 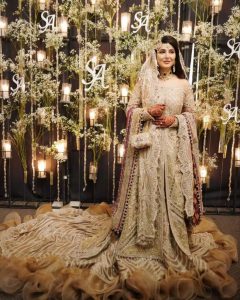 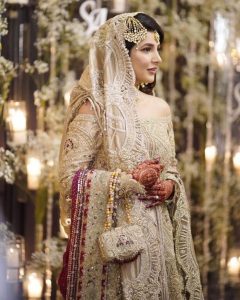 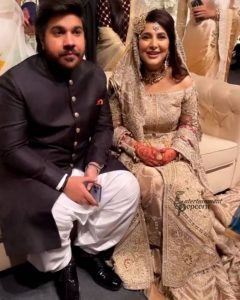 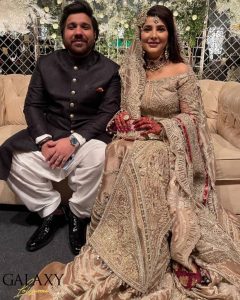 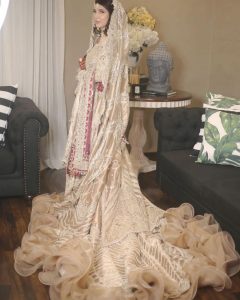