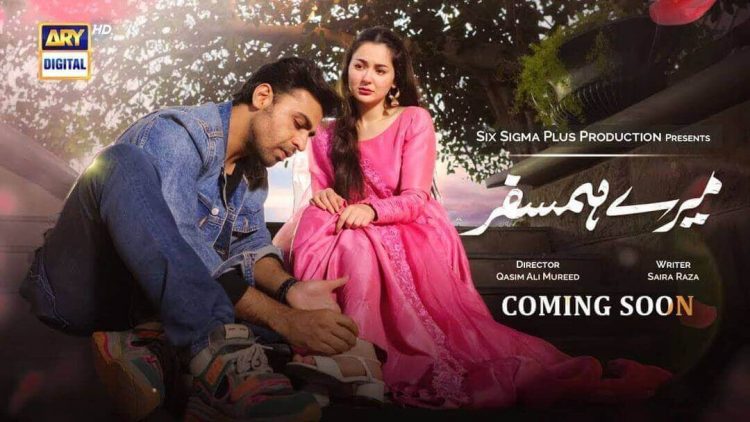 Farhan Saeed, who was most recently seen in Prem Gali and an Eid telefilm Love Vaccine, is gearing up for his next drama serial, “Mere Humsafar,” in which he will star alongside the ever-beautiful Hania Aamir. Mere Humsafar, written by Saira Raza and produced by Six Sigma Productions, will air on ARY Digital soon.

The first trailer for the new drama series “Mere Humsafar” was recently released. Hania Aamir appears to be playing the character of an innocent girl from a different upbringing at first glance. Farhan Saeed marries Hania Aamir despite their social rank and socioeconomic divides. Hania’s character is immediately pitted against her mother-in-law, Saba Hameed, who openly disapproves of her. Let’s have a look at it!