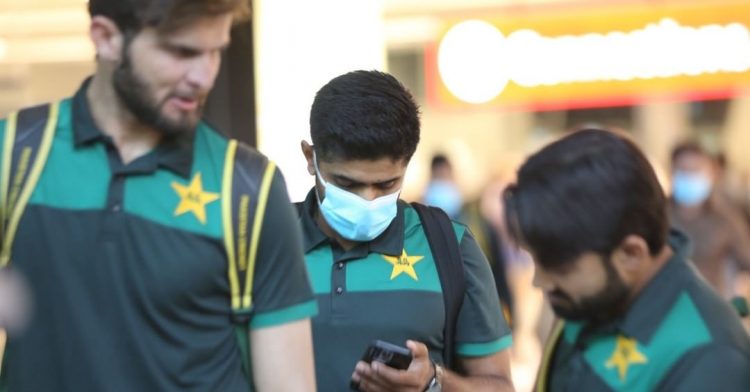 The Pakistani team, led by Babar Azam, landed in Dubai on Tuesday morning to compete in the eagerly anticipated Asia Cup 2022. The tournament is scheduled to take place from August 27 to September 11, with Sri Lanka and Afghanistan playing in the opening game.

On August 28, Pakistan and India will compete in a crucial encounter at the Dubai International Stadium.

The longtime rivals will square off in the A Group’s opening match, and there is a chance that the two teams will meet off more than once over the tournament.

Shaheen Shah Afridi will be replaced by Mohammad Hasnain on the Pakistani team for the Asia Cup 2022 as the latter is still healing from a right knee ligament injury.

Hasnain, 22, has played for Pakistan in 18 T20 Internationals and claimed 17 wickets throughout those matches. Hasnain will join the team from the United Kingdom, where he is competing in The Hundred for Oval Invincibles.

In the meanwhile, early on Tuesday morning, Asif Ali, Haider Ali, Iftikhar Ahmed, and Usman Qadir will fly to Dubai. They will take the place of the eight players that competed in the 16-person ODI team against the Netherlands: Abdullah Shafique, Imam-ul-Haq, Mohammad Haris, Salman Ali Agha, and Zahid Mehmood.