by haseeb
in ENTERTAINMENT, Sports
0 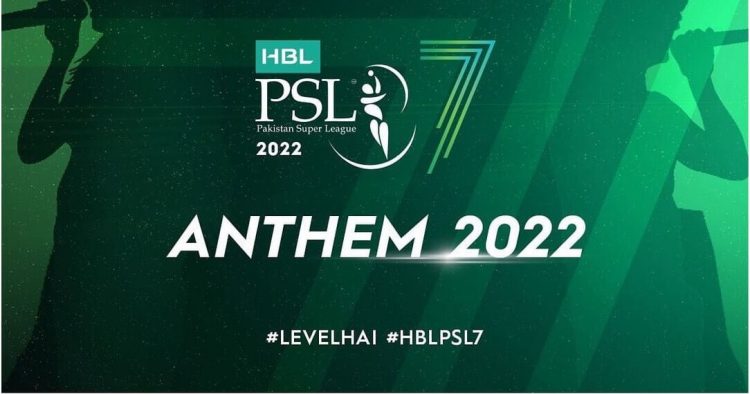 Abdullah Siddiqui developed and composed the HBL Pakistan Super League 2022 anthem, which will be sung by Atif Aslam and Aima Baig. The anthem will be published through an event partner next week.

The song’s premise is encouraging and motivational, with words and music intended at elevating the spirits of fans and the nation as the world faces difficult times as a result of the Covid-19 pandemic. Atif Aslam will be singing the PCB’s main event song for the first time, while Aima Baig was a part of last year’s Groove Mera, which was a major hit.

Atif Aslam is a well-known Pakistani singer who has recorded a number of chart-topping songs for the Pakistani and foreign film industries. He was awarded Tamgha-e-Imtiaz (medial of distinction) by the Pakistani government in 2008, and he has received over 50 other honours from both within and outside Pakistan. Aima Baig is one of Pakistan’s most well-known female voices. She has a lot of top charts and has won local and international honors in the last seven years.