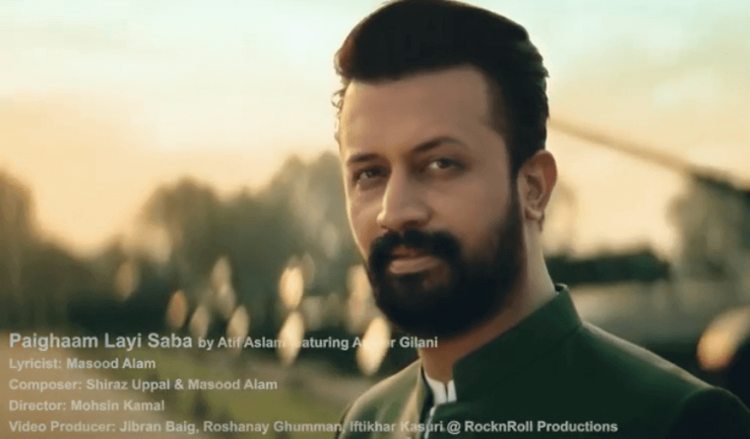 ISPR, in partnership with Atif Aslam and Ameer Gillani, has created a patriotic song to honour Pakistanis who died in the 1965 war. These patriotic songs have a special significance and have played a critical role in keeping our soldiers’ morale high during times of conflict.

“Paighaam Layi Saba” is a homage and acknowledgment of our brave soldiers in military who have made the ultimate sacrifice in the line of duty. “Paighaam Layi Saba is dedicated to every soldier’s and martyr’s iron resolve and fortitude. It represents the bravery and valour of the brave soldiers who selflessly serve their country and risk everything to ensure the safety of their people and land. It also reflects their families’ incredible courage and bravery, who never fail to support them. The lyrics of this song are straight from the heart of a brave son of Pakistani soil.”

Atif Aslam, Pakistan’s music superstar, has contributed vocals to this amazing homage to our country’s sons and daughters.

” Ameer Gillani has also demonstrated his outstanding acting abilities, and we have to add that the song’s poignant video and Atif’s deep vocals gave us goosebumps!