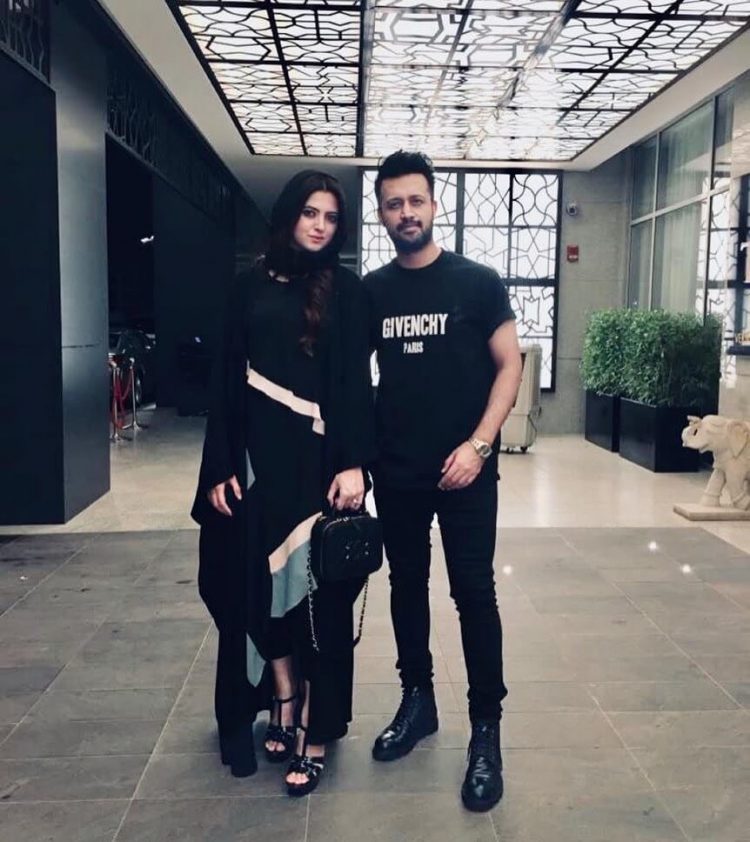 Atif Aslam is a living icon among our generation. He began to amaze us during his days at Jal and went on to become one of the subcontinent’s most successful artists. In Pakistan, India, and Bangladesh, he has won hearts. When Atif married Sara Bharwana, he surprised everyone. In a later interview, he stated that he and Sara had been together for roughly six years at the time.

On their anniversary, Atif Aslam sent his wife a lovely note. He also posted a recent photo of the two of them together. Atif referred to her as the “Thank you for being my Queen, Happy Wedding Anniversary”.