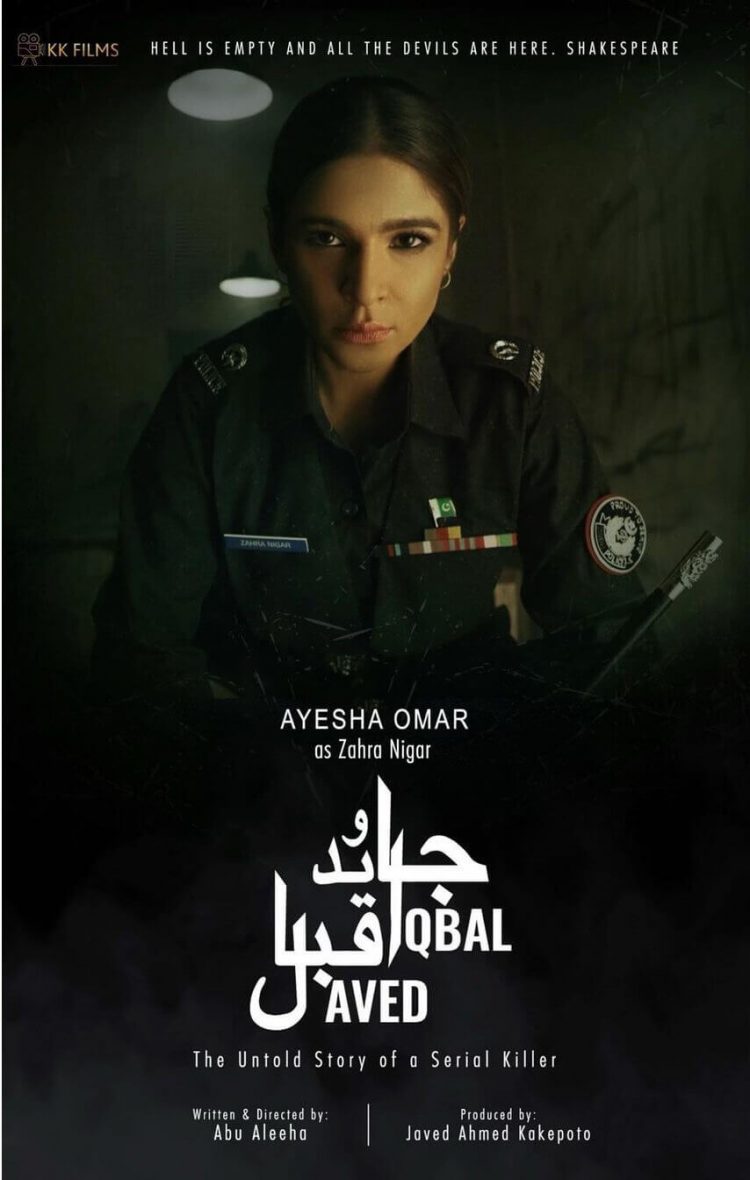 Ayesha Omar took to social media to share the first image from her new film, which is based on serial killer Javed Iqbal.

Ayesha’s poster depicts her as the cop she’ll play in Aleeha, who would lead the inquiry into Javed Iqbal. The film Javed Iqbal: The Untold Story of a Serial Killer will tell the story of a guy who sexually molested and murdered over 100 children in Lahore between 1998 and 1999.

Ayesha, who has previously appeared in films like Karachi Se Lahore and 7 Din Mohabbat In, took to Instagram to show a poster of her character’s appearance. In the caption, she wrote, “Coming soon: The Untold Story of a Serial Killer. InshAllah.”

She wrote “And with my first look for this shattering story, a salute to our armed forces for protecting and serving us, consistently, against all odds, day in and day out. I’m full of gratitude, today and every day. Much love.”

Aleeha wrote and directed the film, which is being produced by Javed Ahmed under the umbrella of KKFilms.

Javed’s crime was exceptionally heinous, as he strangled his victims, mutilated their bodies, and dissolved their bodies in acid to hide the evidence. In the same way, as he killed the boys, he was found guilty and sentenced to death. The time’s Interior Minister, Moinuddin Haider, had stated that such a punishment would not be tolerated.