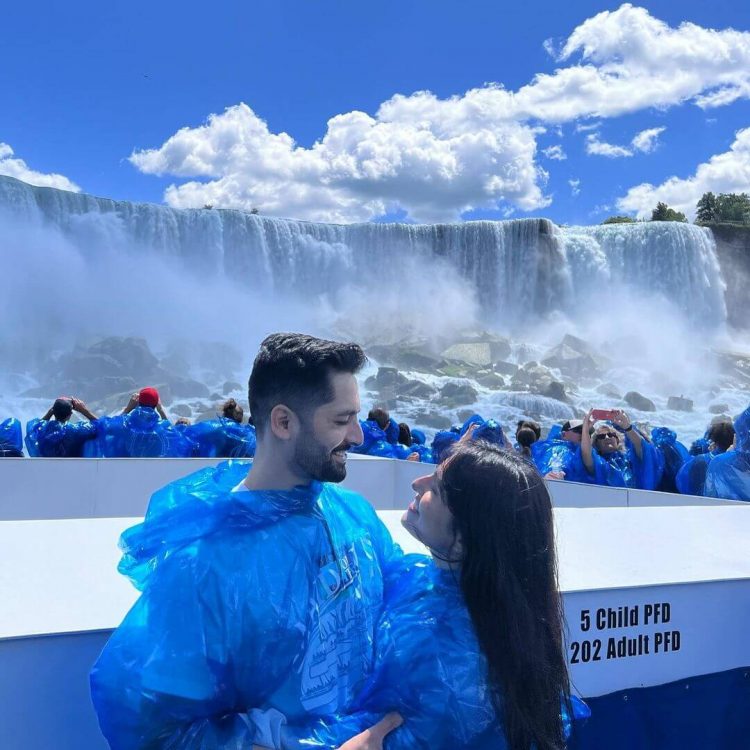 The two vivacious Pakistani celebrities Danish and Ayeza Khan make an absolutely lovely couple. The wedding took place on August 8, 2014. Fans of Danish & Ayeza appreciate their two adorable children, who are the parents of both. Kesi Teri Khudgharzi, a recent Danish drama, is growing in popularity among viewers. Her stunning photo sessions keep Ayeza in the news.

The pair is formally commemorating their wedding anniversary in August. Ayeza and Danish are both visiting the United States and Canada. The pair first enjoyed some quiet time with their relatives in the United States. The stunning couple is currently in Canada, and they have shared a stunning video from Niagara Falls, the biggest and most magnificent waterfall on earth. Ayeza Khan is a stunning actress in a magnificent video taken in Niagara Falls.