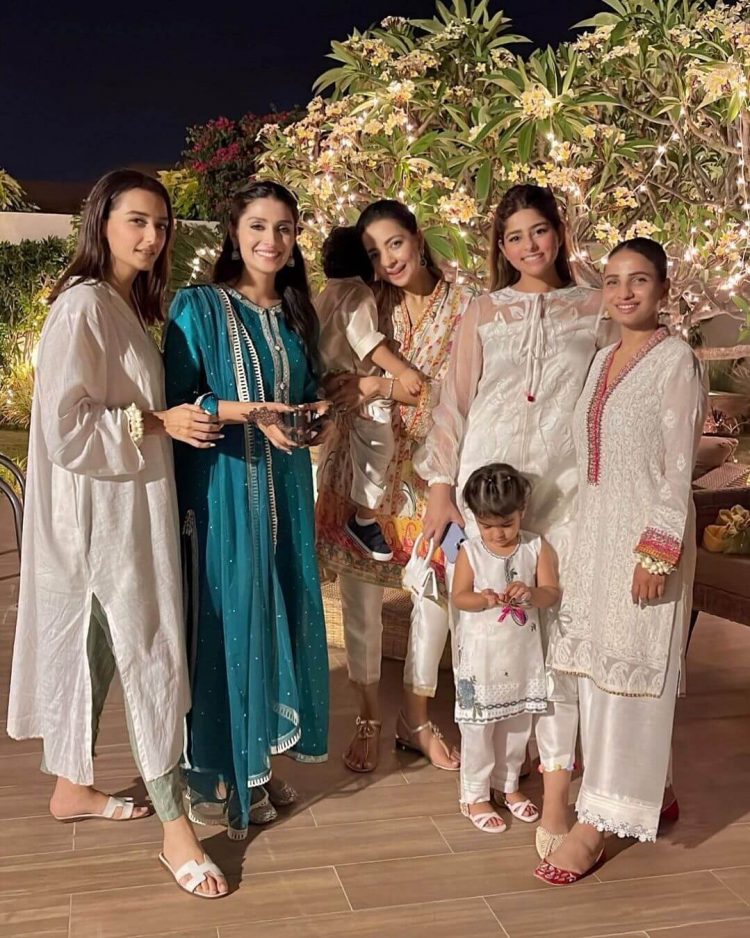 Ayeza Khan is a stunning actress who, although having no creative background, has garnered a great deal of affection and fame in a short period of time. Ayeza has made a name for herself in the industry with one-of-a-kind performances. Ayeza Khan was recently sighted in the Ramzan special drama serial “Chaudhary and Sons,” playing the part of “Pari.”

Ayeza Khan has been observed preparing for Eid-ul-Fitr recently. With Eid-ul-Fitr just around the corner, Ayeza took to her official Instagram account to share some stunning photos from her Eid preparations. Ayeza was spotted applying mehndi with Momal Sheikh, another actress, and other celebrity pals. Let’s have a look at more of Ayeza’s stunning photos! 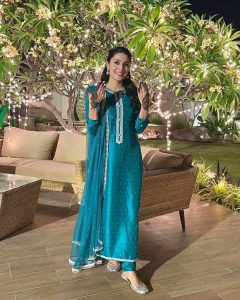 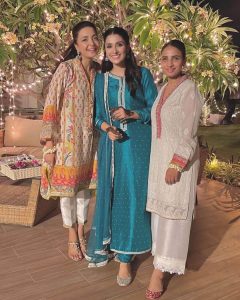 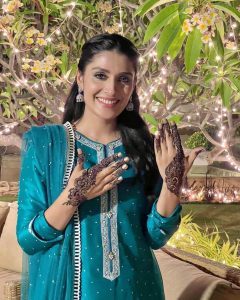 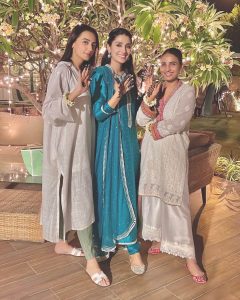 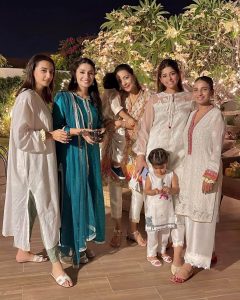