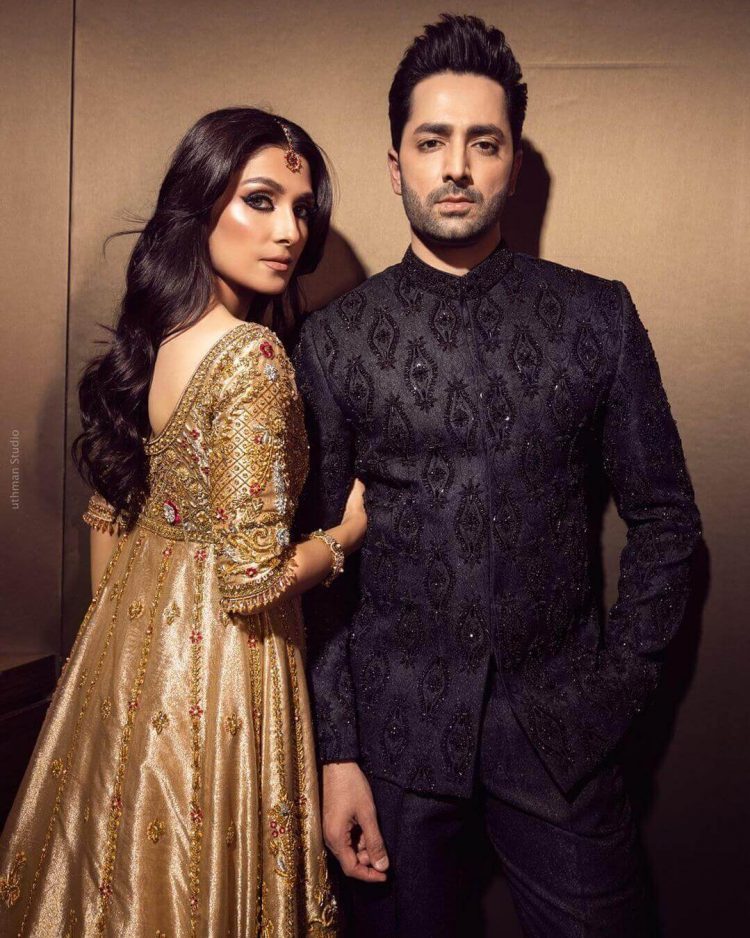 Due to their successful television roles and outstanding acting abilities, Ayeza Khan and Danish Taimoor, two incredibly well-known Pakistani actresses in both television and film, have been dominating the media landscape. After much adversity, they have established their individual reputations. Ayeza and Danish have a girl named Hoorain and a son named Rayan who were born into their union in 2014. This year, the couple will celebrate their seventh wedding anniversary.

Ayeza Khan and Danish are currently in Dubai for a bridal shoot in preparation for a future production or event. Both appear fantastic. While Ayeza is dressed in a stunning gold bridal ensemble by Ruh Esim Bridals – A Tale of Love, Danish is wearing a black suit. She is very stunning in “Nehal” from our Ruh Esim Bridals collection. The bridal was embellished and decorated with great care. The makeup artist Sunil applied the makeup. Anila Murtaza handled the styling. Hamna Amir Jewelry produced the jewellery. Check out the images: 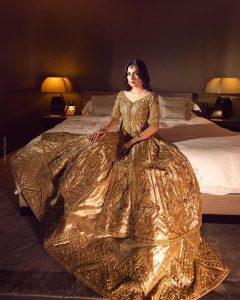 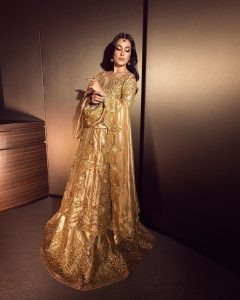 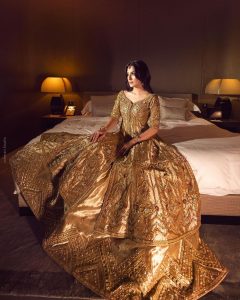 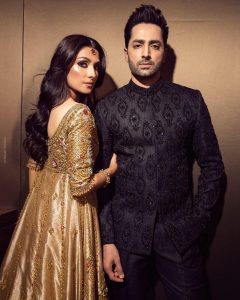 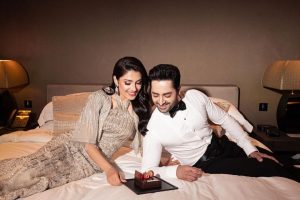 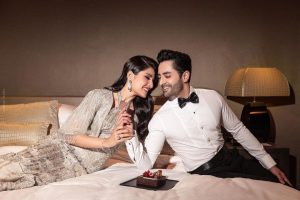