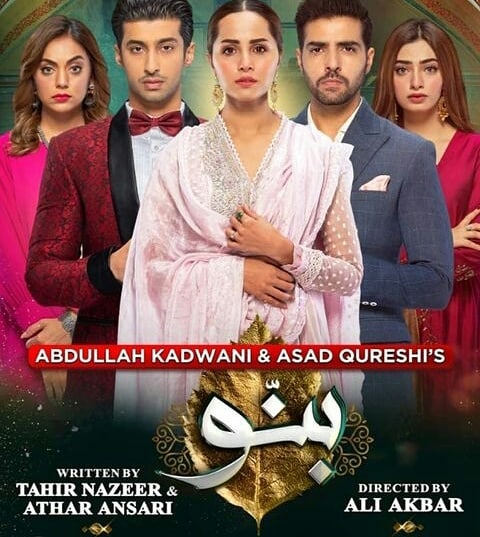 Banno is a drama on Geo TV. The primary actress is Nimra Khan. The OST title song was performed by Sahir Ali Bhagga and Aima Baig. This is a family drama that you may watch with your loved ones at home. Other data about the Banno drama, such as the actors, story, OST, are shown below.

Bina, a good girl who lives with her uncle after her parents died, is the protagonist of this narrative. Bina attempts to reconcile with her uncle’s family. Her aunt’s severe attitude, on the other hand, made life extremely tough for her. Tahir Nazir and Athar Ansari wrote the story for this drama, which was directed by Ali Akbar.

This drama has a good story that the audience will like. The drama’s cast is a fantastic group of people that grab the audience’s attention to the show. We sincerely hope you like this drama.

Furqan Qureshi is a talented and gorgeous Pakistani actor and model who has been performing professionally since 2011. He’s been seen in a variety of serials, but it’s his supporting roles that have garnered him a lot of attention. It’s admirable how he’s made a name for himself in the profession in such a short period.

Nimra Khan is a lovely actress who is one of our industry’s most gutsy and gifted. Nimra has participated in a number of super blockbuster drama serials since her acting debut in 2013. Nimra’s accomplishments to date are worthy of praise and admiration.

Nawal Saeed is a stunning new addition to the Pakistani media sector who has captivated people with her stunning natural beauty. Nawal is a newcomer to the profession who has already built a name for herself. Fans adore her incredible acting abilities and want to see her in more dramas.

Maryam Noor is a new promising actress from Pakistan’s showbiz sector who has recently entered the drama industry and has captivated audiences with her gorgeous and outstanding performance. Despite the fact that Maryam comes from a non-artistic background, she has demonstrated her acting abilities in every other serial.

Farhan Malhi works in Pakistan’s entertainment industry as an actor and model. He began his career as a VJ on Style360 before making his acting debut in the drama series Kaisay Tum Se Kahoon for HUMTV, helmed by Faheem Burney, in 2015.