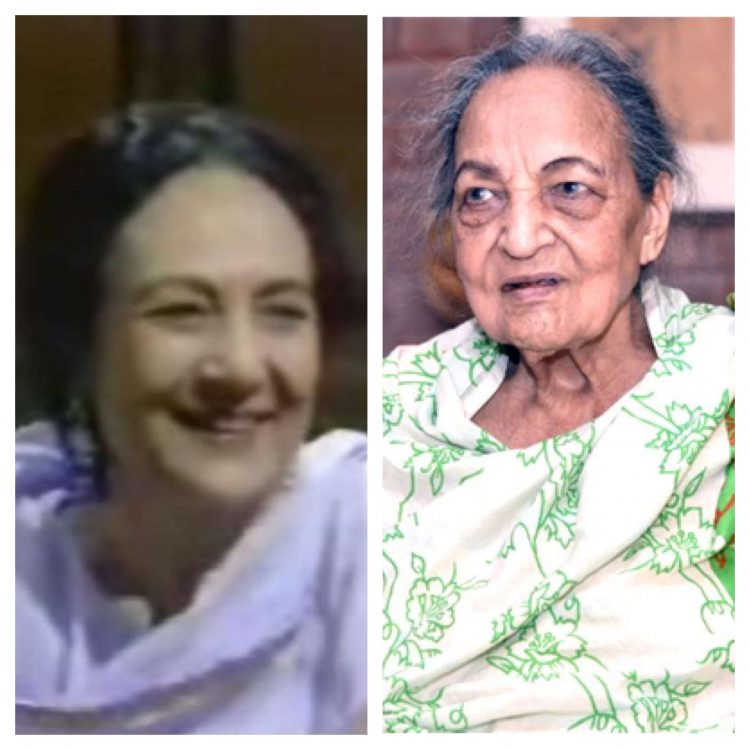 Begum Khurshid Shahid Sunday, a well-known Pakistani actress and radio host, died on Sunday at the age of 95. Begum Khurshid’s death was verified by her son, Salman Shahid, who is also an actress. She had been in the hospital for some time and had been put on a ventilator after suffering a heart attack.
The deceased’s funeral prayers will be offered at 4 p.m. today in Defense Phase 2, and she will be buried in Phase 7 Cemetery.

Begum Khursheed, one of Pakistan’s greatest actors, began her career as a singer and performer at All India Radio in Delhi when she was nine years old. She received vocal lessons from great musicians.

She later moved to Pakistan in 1947 and rose to prominence in the Lahore theater. She joined Pakistan Television Corporation in 1964 and went on to star in some of the top television dramas of the next two decades.
In the 1990s, the winner of one of Pakistan’s top civic honors, the Pride of Performance, gradually disassociated herself from television because she believed it was rapidly becoming commercialized and in a state of decline. Uncle Urfi, Parchaiyan, Ana, is one of her famous dramas.