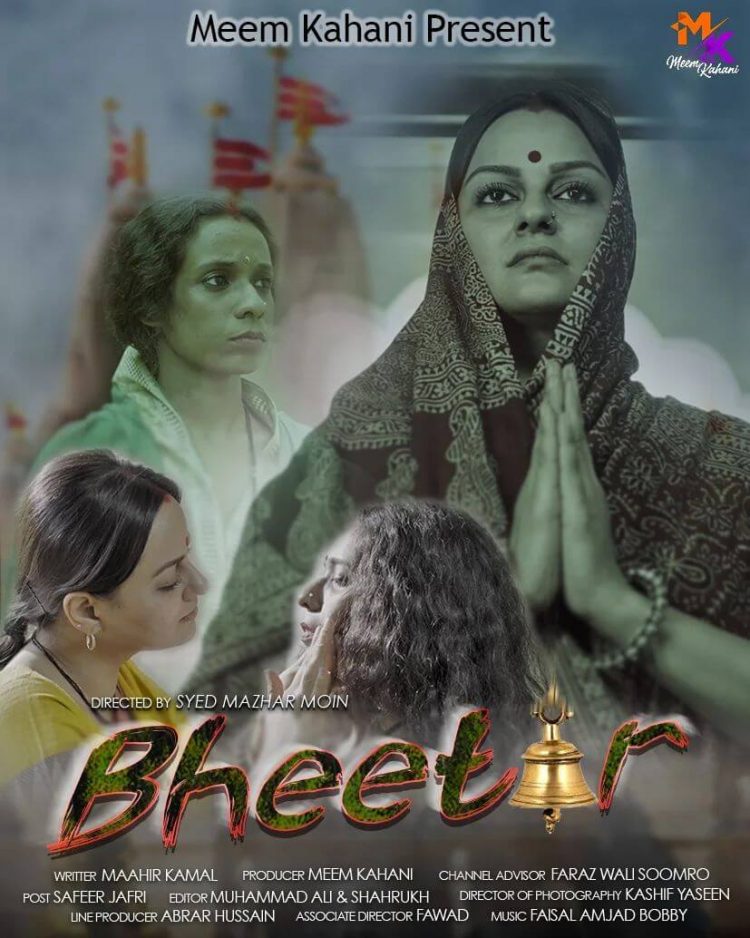 Pakistan’s media sector is quickly expanding in terms of market share, audience, and content production. Additionally, with the growth of various OTT channels, filmmakers have more freedom to portray daring and contentious topics like LGBTQ. Many OTT platforms in Pakistan are currently providing bold material. The latest, daring short film Bheetar from Pakistan appears to be the first to publicly tell the story of a girl’s love life.

A girl is using Sindoor to mark another girl’s forehead in the teaser for the upcoming short film Bheetar, which has recently caught the attention of the public due to its incredibly provocative narrative. The upcoming short film was really written by Maahir Kamal and directed by Mazhar Moin. Juvaria Abbasi, Manal Siddiqui, Zohaib Bux, and Usman Chaudhry are among the cast members. LGBTQ is the subject of the short video, which was introduced by Meem Kahani. The short film’s subtitle is “[Bheetar] – A love story.” Check out the Bheetar teaser: