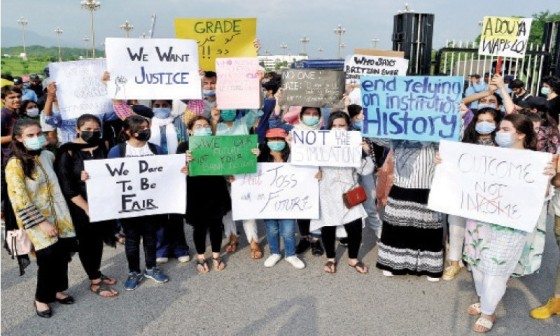 Pakistani students have retaken to multiple social media handles for the cancellation of Cambridge International Examinations. Numerous hashtags are trending on Twitter, including #ImranKhanCancel EXAMS. The hashtag is trending on Twitter.

Students are requesting the government to review this situation and not to risk the life of the students. Moreover, Appeals are being made for the cancellation of both CAIE and Matric & Inter Exams. The Education Minister Shafqat Mehmood announced the holding of exams as per the schedule earlier this month. Since then, a wave of disturbance can be seen among students.

There are two groups of students now. Some favor exams saying that they don’t want their hard work to go to waste, and others are stressing about the cancellation of the exams. They argue that as per the announcement of shutting down cities with over 10 percent positivity rate, conducting the exams makes no sense.

Some of the tweets shared on Twitter under the cancel CAIE hashtags are as follows:

A separate Instagram account with the name cancelcaieexams2021 is also made. It has around 50k followers at this point. Students raise the issue after the setting on National Coordination Committee meeting by the PM Imran Khan. The announcement regarding the cancellation or holding of exams will be made today at 10 am. Let’s hope for the best and see how things unfold.