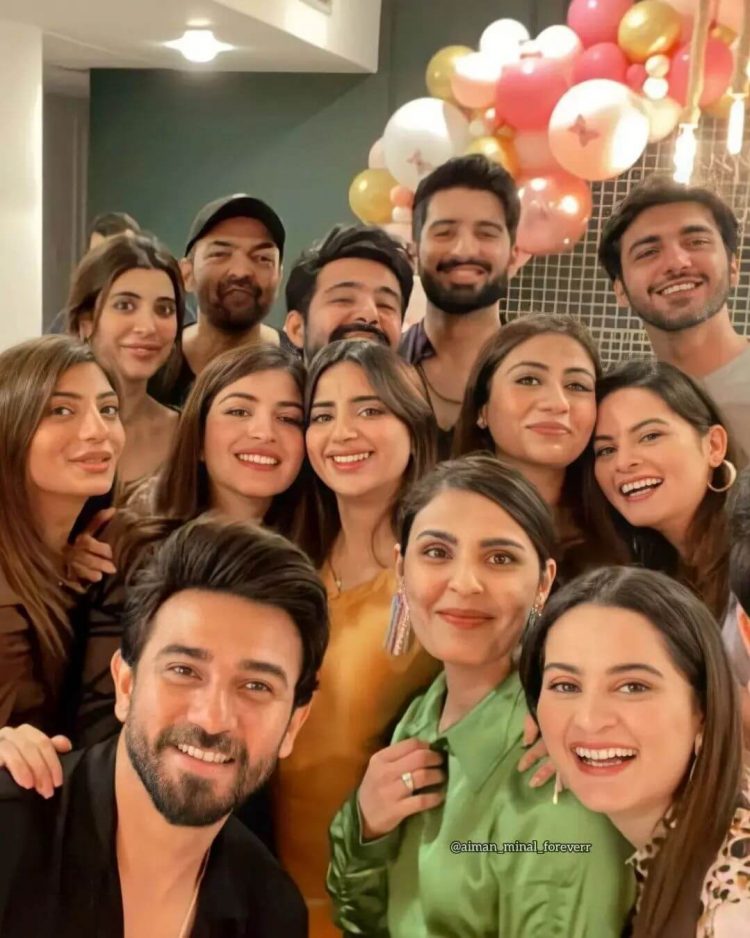 Saboor Aly is a phenomenal and versatile Pakistani television actress who has earned a name for herself in the industry thanks to her great performance. Some of her most well-known projects include “Rang Laaga,” “Bay Qasoor,” “Visaal,” “Mere Khudaya,” “Gul-o-Gulzar,” “Tum Ho Wajah,” and “Fitrat.” In 2016, she made her acting debut in the film Actor in Law. Aly, the Savior, recently married Ali Ansari, an actress. Both of them make a lovely couple.

The Amanat actress had a spectacular birthday bash today, to which her close industry pals were invited. Kinza Hashmi, Aiman Khan, Muneeb Butt, Ahsan Mohsin, Minal Khan, Sadia Ghaffar, Urwa, and many others, including Maryam and Ali Ansari, were among those sighted. The following are some highlights from her birthday bash. 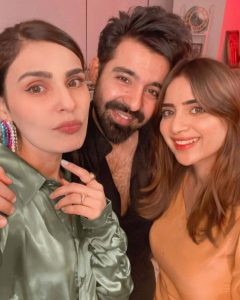 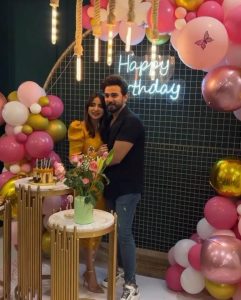 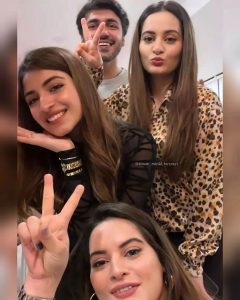 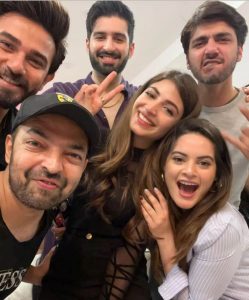 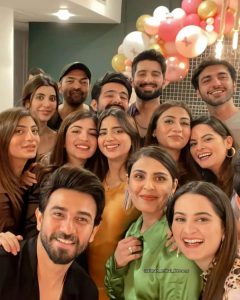 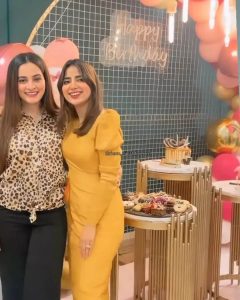 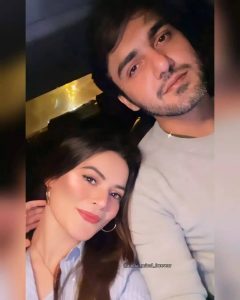 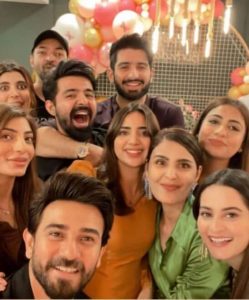 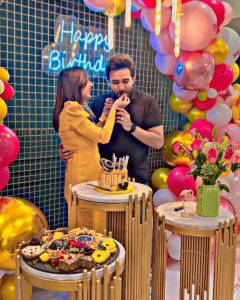 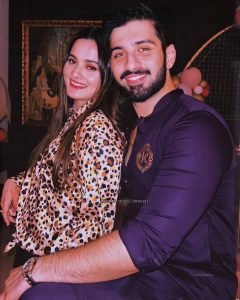 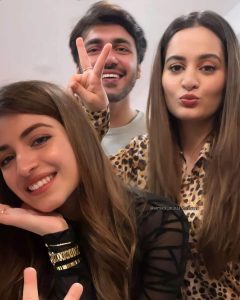