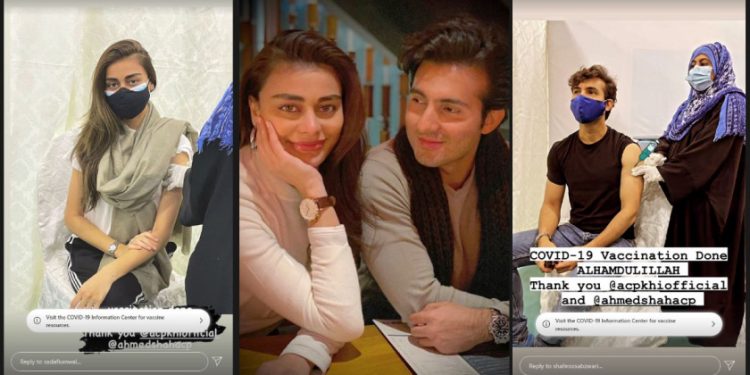 The couple who gained huge hate after their marriage, Shahroz Sabzwari and Sadaf Kanwal shared photos while receiving COVID-19 jab.

Instagram handles were taken and shahroz both reported receiving the Coronavirus vaccine dose. 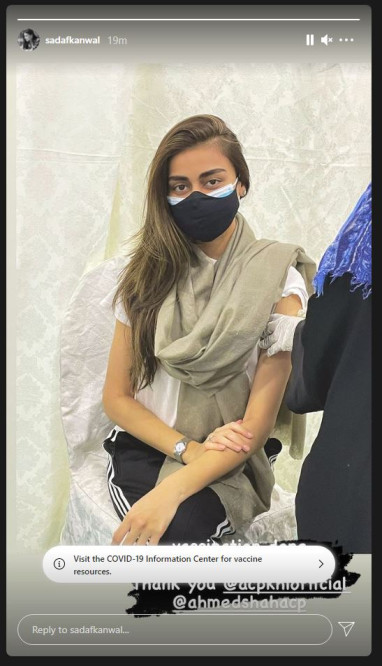 Earlier, the knots had tied and ended all the rumours about their relationship circulating by Shahroz Sabzwari and Sadaf Kanwal. 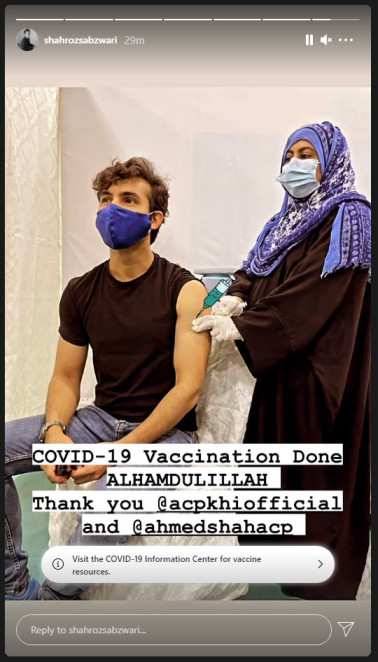 In December last year, news about the relationship between Shahroz Sabzwari and his initial wife, Syra Yusuf, began to emerge. Both couples were severely trolling and hated about their marriage.For cheating his first wife with Sadaf Kanwal, Netizens lambasted Shahroz.

But the actor made a clear statement that Sadaf Kanval was not the reason for his divorce from Syra Yousuf and told Allah by swearing Allah.

In 2012, Shahroz and Syra Yousuf got married and have the daughter of six years old. They were one of the most beautiful and popular pairs of the showbiz business.