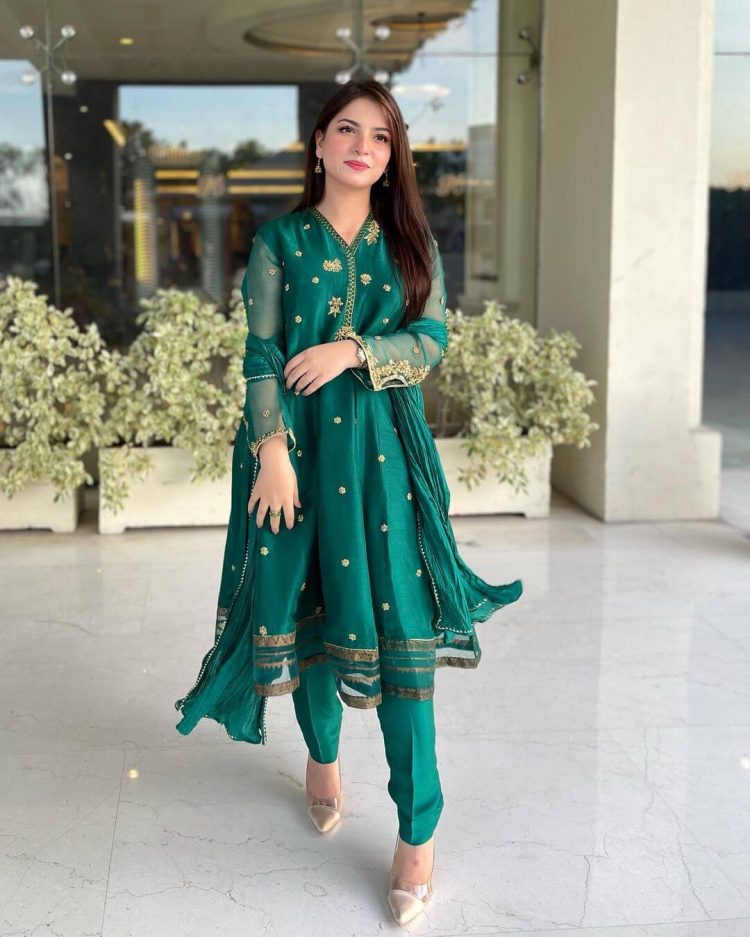 A well-known social media influencer from Pakistan is named Dananeer Mobeen. Dananeer became well-known thanks to the “Pawri Ho Ri Hay” video she created. She was first given the name “Pawry Girl”. Dananeer Mobeen has come a long way from being an influencer to becoming a well-known figure. Fans praised her for her excellent performance when she participated in the well-known drama series Sinf E Aahan.

Dananeer has just been spotted swaying her legs on producer Usman Mukhtar’s Mayun. She is seen enthusiastically dancing to the Paktoon track in the viral video. In the video, Dananeer can be seen dancing without thinking about anyone else. Here is the dancing video she performed.