Mr. Mazari was beaten and dragged by his hair while voting for the Punjab Chief Minister (VIDEO) 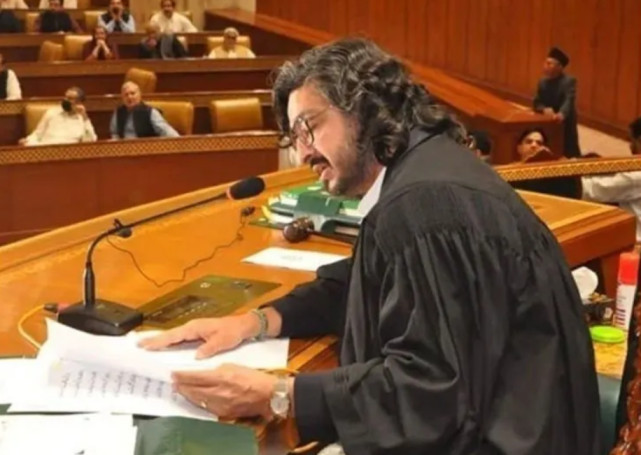 LAHORE, Pakistan — When Punjab Assembly Deputy Speaker Dost Mohammad Mazari entered the hall to call a session for the election of a new chief minister, he was accosted by PTI and PML-Q MPs.

According to reports, government MPs encircled the deputy speaker, who was slapped and dragged across the parliament floor by his hair.

Mazari was rescued and relocated to the deputy speaker chamber by security authorities. During the event, the official is said to have been injured.

As the atmosphere became more tense, plainclothes Punjab police officers entered the assembly to put the situation under control.

In the province assembly, lawmakers from the PTI and its allies are causing a commotion in order to prevent the election of a new chief minister, as Usman Buzdar has resigned.

PTI MPs, including women, are seen hurling “lotay” in the air to blast defected members of the party in videos circulating on social media.

In the campaign to become the next chief minister, PML-Chaudhry Q’s Pervaiz Elahi and PML-Hamza N’s Shahbaz Sharif, who has the support of PTI’s dissident MPs — the Jahangir Khan Tarin and Aleem Khan groups — will face off.

Hamza Shehbaz claims 203 members back him, whereas Pervaiz Elahi claims 189 legislators will vote for him.

A candidate for a chief minister must receive at least 186 votes in the 371-member assembly.
PTI has 183 lawmakers in the Punjab Assembly, PML-Q has 10, PML-N has 165, PPP has seven, five are independent, and one belongs to Rah-i-Haq. 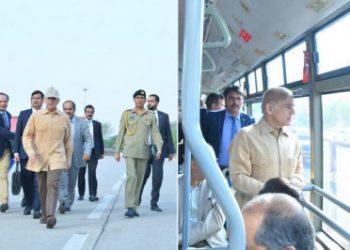 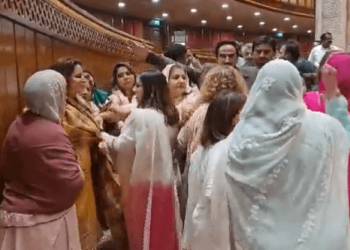 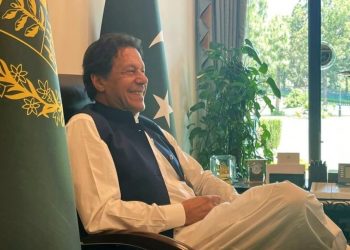