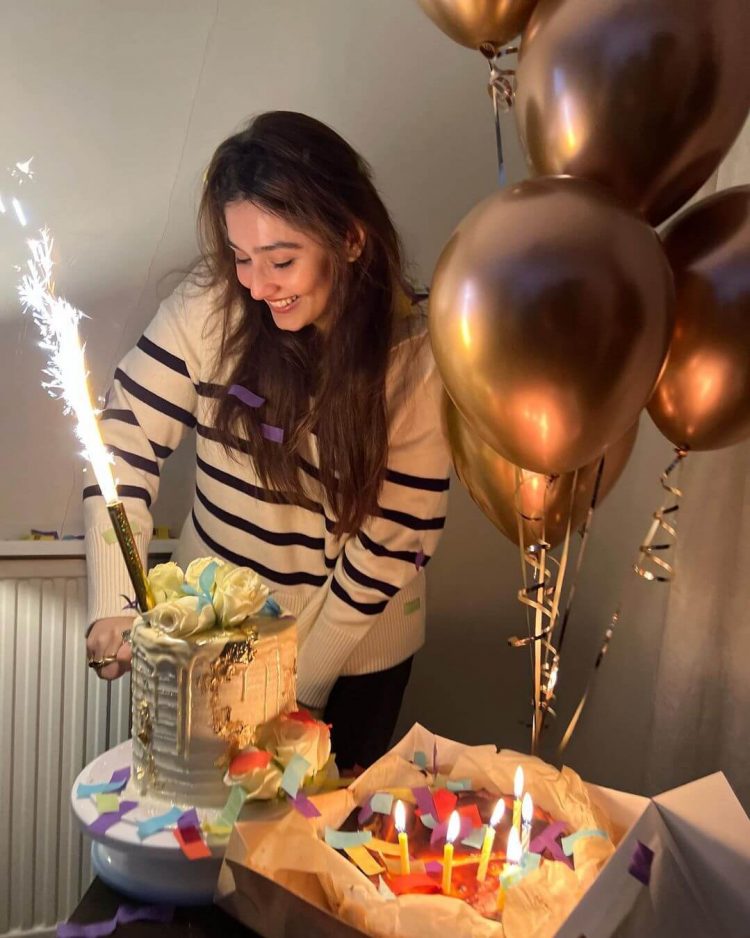 Durefishan Saleem is a recent arrival who is attracting attention everywhere she goes and is currently unquestionably one of the most followed actors in the area. Durefishan, who only began her profession a short time ago, has quickly gained renown thanks to her talent and manner. Because of the recent success of her drama Kaisi Teri Khudgarzi starring Danish Taimoor, her writing selections are also extremely important. In Pakistan and India, where a sizable audience was watching her drama, she was showered with adoration.

Recently, Durefishan Saleem collaborated on her debut music video with Asim Azhar, and viewers praised both her appearance and performance. After a stressful few months, the actress is traveling to London for some downtime. She had her birthday celebration with some of her loved ones because it was her 27th. Durefishan did not forget to post some funny photos with her fans from her birthday celebrations, and the cakes she cut seem great. See a few clicks below: 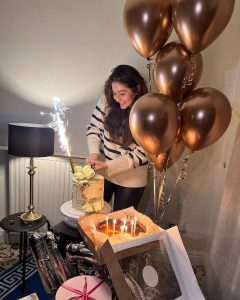 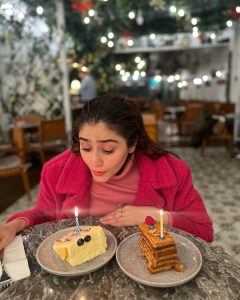 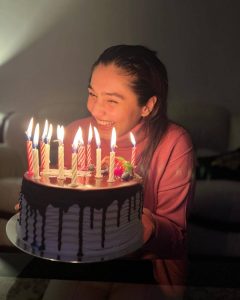 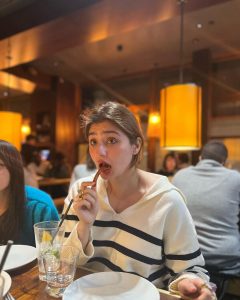 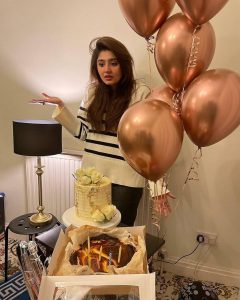 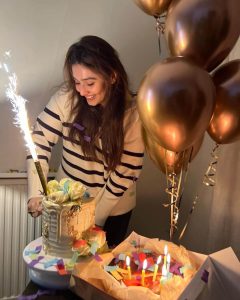