During the Friday sermon at the Holy Kaaba, a man attempted to attack an imam. 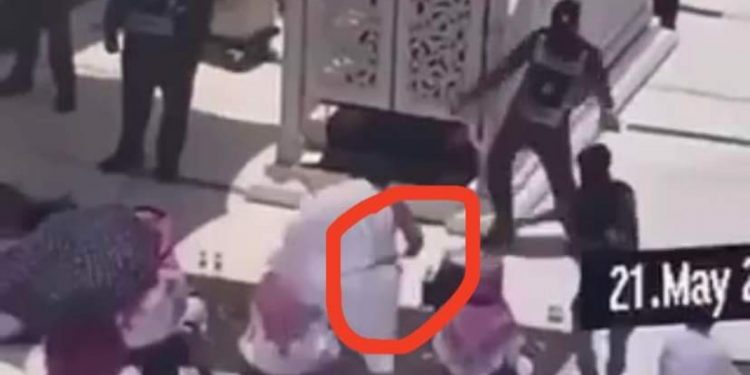 A man dressed in Ihram attempted to reach the minbar of Masjid Al Haram in Makkah when Sheikh Baleelah was delivering the Friday Khutbah earlier today (Friday Sermon).

VIDEO: Attempt by a man to approach the Khateeb during Jumu’ah Khutbah was thwarted by security officials on Friday pic.twitter.com/mFrNu5iUt6

The man was immediately arrested by Public Security Officials and taken into custody, according to the details.

The man was carrying a weapon while running towards the Khateeb //t.co/2nsF6bLxIq

The man was said to be holding a knife and running towards the Khateeb.

Tags: a man attempted to attack an imamattack in IhramMakkah attackminbar of Masjid Al Haram in Makkah