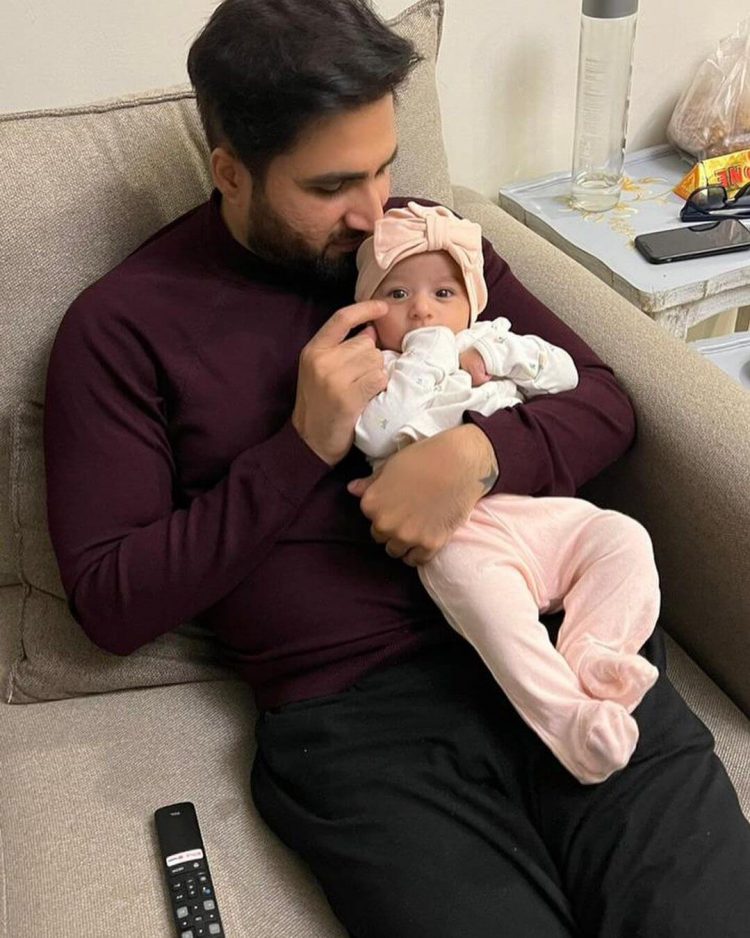 Stars Sarah Khan and Falak Shabir welcomed their first child, Alyana, in early October. In his Instagram, Falak shared a picture of the newborn’s hand that was very cute. Alyana was born, and he announced it.

As far as I can tell, Falak Shabir is taking care of his kids. She posted a video of Falak and her daughter Alyana on her Instagram account a few weeks ago. Falak Shabir is shown in the video singing a heartfelt song to her daughter to keep her happy. Sarah wrote “My lifelines” when she shared the video with her friends. Have a look.