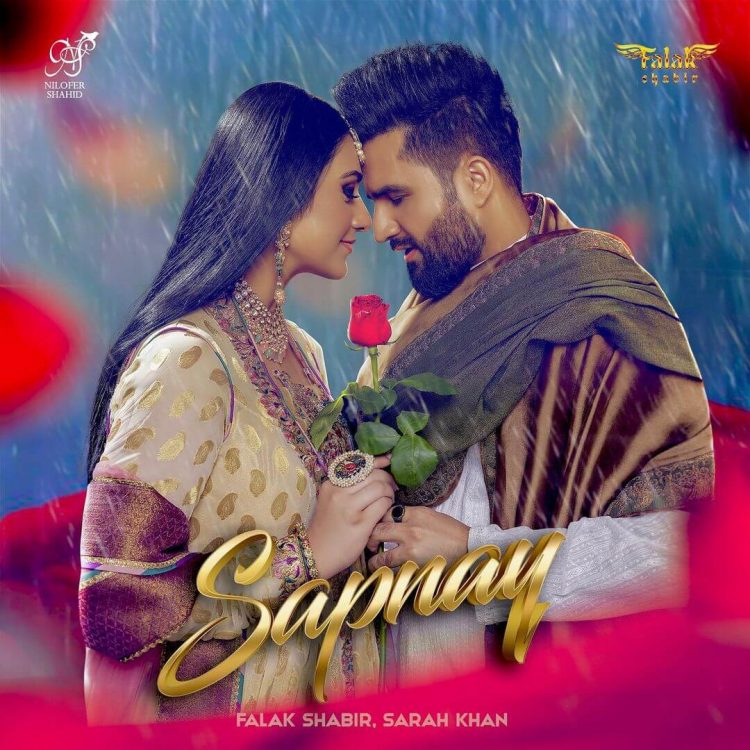 Falak Shabir is a well-known Pakistani singer and songwriter who has received a lot of affection from his fans after years of hard work. His singular talent and great musical inventiveness made him a bright star. 1n 2020, Falak Shabir got married to Sarah Khan, who is a popular actress of the Pakistani showbiz industry. Alyana Falak, the couple’s gorgeous baby girl, was born to them.

Falak just released “Sapnay” a duet with “Nilofer Shahid,” featuring the ever-beautiful Sarah Khan. Sapnay is a charming story about a blooming romance between a girl and a boy who set out to satisfy her longing for the unusual. She had no idea, not even in her wildest dreams, that her yearning would be met; take a look!