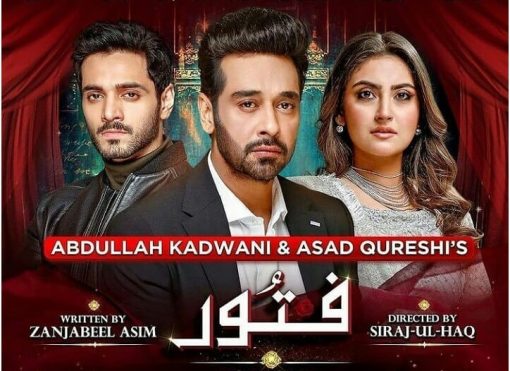 Fitoor was one of Geo Entertainment’s most popular drama series. The drama was authored by Zanjabeel Asim Shah and produced under the auspices of 7th Sky Entertainment. Faysal Qureshi, Hiba Bukhari, Kiran Haq, and Wahaj Ali played the key parts in the drama. Siraj Ul Haq helmed the film’s direction.

The first episode of Fitoor Drama aired on Geo Tv on January 14, 2021. This is a love story. I’ll inform you about Fatoor Drama Cast Story and Real Name Pictures in this post. Also, read Best Pakistani Dramas 2022.

Dilnasheen is played by a well-known performer from a 7th Sky production. Deewangi, Tarap, and silsilay are just a few of the productions in which this gifted and aspiring actress has appeared. Her good beauty and her unique and pleasant nature serve her well in the local drama industry. Since her debut in “Teri Meri Jodi,” she has amassed a sizable fan base through years of dedication to the industry.

In this pakistani drama, a well-known celebrity in the industry played the lead role. People recognize him as a well-known and deserving actor thanks to his different performances. Other 7th Sky productions include Muqaddar and TV shows such as “Qaid-e-Tanhai” and “Khushboo ka Ghar.” Most devoted followers were ecstatic to see him star in the locally produced series.

Her broad-acting resume and performances in a number of famous dramas have made her a household name in the business. In this serial, they are both regarded in an unfavorable light. The two who appear to have an agenda against the fateful couples living happily ever after are Mahmal and Hamza.

The Pakistani drama industry not only appreciates but also values love feelings. We see a strong interest in the spirit of true love and what it means to be in love in everything from classic poetry to modern dramas. The drama “Fitoor” is based on these concepts.

In the Geo Tv Fitoor Drama, Hiba and Faisal played pivotal roles. A tragicomedy based on a love story. The story revolves around Hiba as Dilnasheen, who is gorgeous, charming, and has a beautiful face.

7th Sky Productions is a Pakistani production firm that has continued to develop and air some of the country’s biggest homegrown stars. They were founded by Abdullah Kadwani and Asad Qureshi and have since produced a wide range of drama serials. They are a versatile group who makes the most of their differences. The group has a close relationship with GEO entertainment because the majority of its productions are carried on the channel.