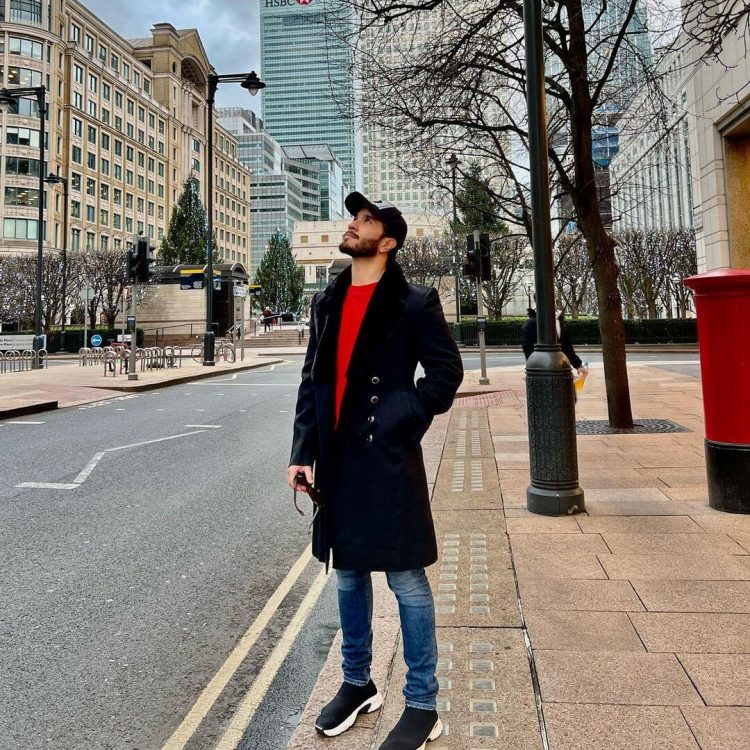 Feroze Khan is without a doubt one of the most popular young actors. People have adopted him as the new angry romantic hero, and every time he appears on television, his characters generate a buzz. His wedding to Alizey Feroze Khan was a fan-favorite, with followers wishing him well for the rest of his life. Feroze Khan and Alizey Feroze Khan have a lovely son named Sultan Khan.

Feroze Khan, a Pakistani actor, has released his debut video on TikTok, a famous video-sharing app, and it has gone viral. On the social networking platform, the Armaan star has over 69,000 followers.

The video begins with a message written on a glass wall by the highest-rated actor.  “Let’s do this, Feed the Needy”.

Feroze Khan may be seen on the streets carrying bags full of food, which he then distributes to needy individuals. More than 293K people have liked the video thus far.