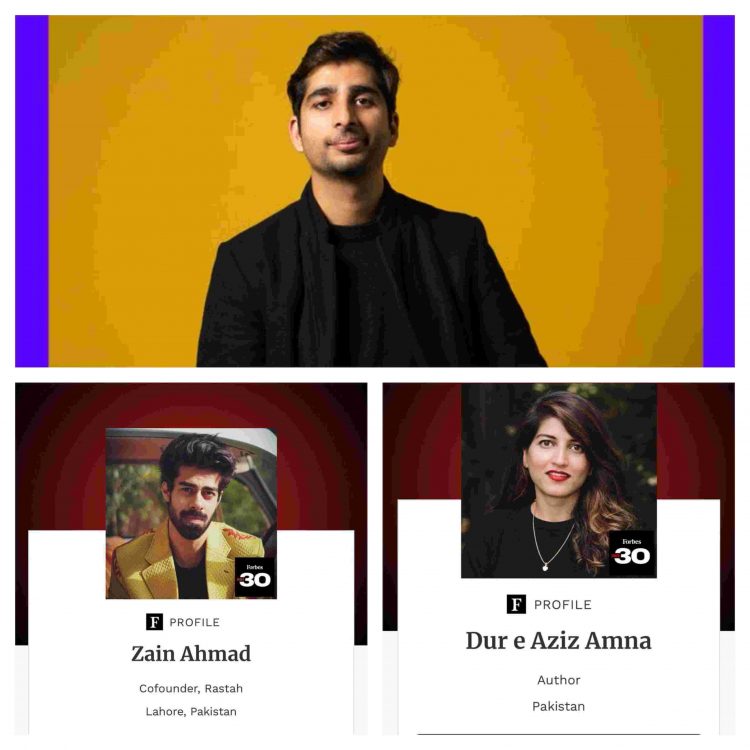 Four Pakistanis have been named to the Forbes 30 under 30 list for 2022, bringing pride to the country. The yearly list recognizes artists, entrepreneurs, computer gurus, and social workers under the age of 30 who are making a difference in their industries. Author Dur e Aziz Amna, designer Zain Ahmad, digital entrepreneur Muhammad Saad, and social entrepreneur Shawana Shah are among the honorees.

The entire credit goes to the team at @BridgeLinxTech. The way I have seen this team execute at speed, fight enormous battles, bring product innovation in an archaic industry, and build a culture of togetherness has been an experience of a lifetime. #forbesunder30 pic.twitter.com/0CslDYjqVe

Saad, the cofounder of BridgeLinx, is the third Pakistani on the list. In 2020, the Pakistani entrepreneur started a firm in Lahore that assists manufacturers and exporters in effectively moving goods through a marketplace that connects them with truckers and private fleets.

Saad’s journey reached a crucial milestone nine months after it was founded, when it received $10 million in seed capital from Harry Stebbings’ 20 VC, Buckley Ventures, and Indus Valley Capital.

Shawana Shah, who is a member of the UN Women’s Beijing+25 Youth Task Force, has been named to Forbes’ list of social influencers.

She co-founded Da Hawwa Lur, a non-profit organization dedicated to the economic, social, and political empowerment of women and transgender people in the South Asian country who have been victims of sexual and gender-based abuse.

Zain Ahmed, Rastah’s co-founder, and creative director was chosen for his work. Harshvardhan Kapoor, the son of prominent Indian actor Anil Kapoor, has teamed with Zain.

Dur-e-Aziz Amna is another Pakistani who has been chosen. The eminent Pakistani author was categorized as having a significant societal impact.

Amna matriculated from Yale and worked for hedge fund Bridgewater Associates before deciding to pursue a career as a full-time writer and enrolling in the Helen Zell Writers’ Program at the University of Michigan.

Her cross-cultural experiences in both her birthplace and the United States influenced her. Amna’s work has appeared in prestigious publications such as the New York Times, Al Jazeera, and the Financial Times.