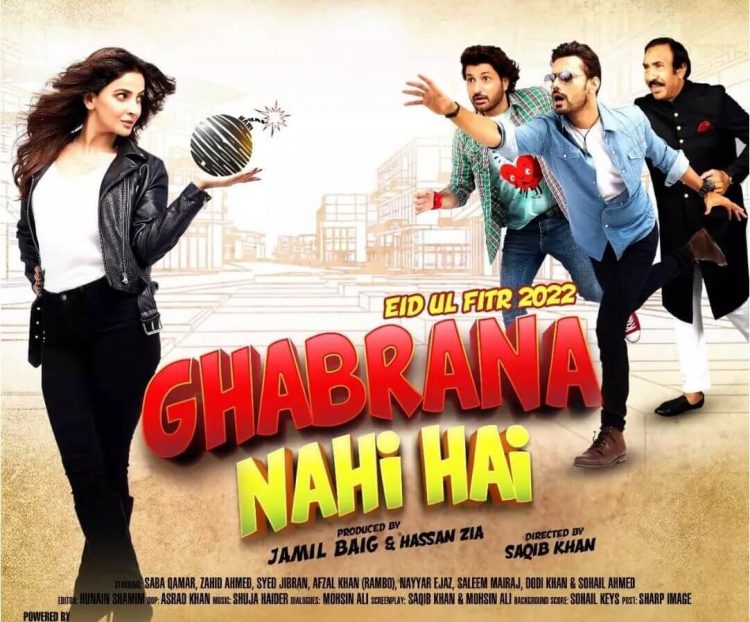 Ghabrana Nahi Hai, a star-studded feature film, has been making headlines for quite some time. Fans of Saba Qamar, Syed Jibran, and Zahid Ahmed are eagerly anticipating the release of the film. The good news is that the film’s trailer has been revealed, and it will be released on Eid Ul Fitr 2022.

The film is directed by Saqib Khan and written by Mohsin Ali. Hassan Zia co-produced the film, which was made under the label of JB Films and directed by Jamil Baig.

Saba Qamar, Zahid Ahmed, Jan Rambo, and Syed Jubran star in the film Ghabrana Nahi Hai. Zahid played a police officer (Sikander) in this film, a Rom-Com in which he tries to help Saba’s character. Finally, the trailer for the much-anticipated film has been released. All the ingredients are present in the trailer, including action, comedy, and romance.