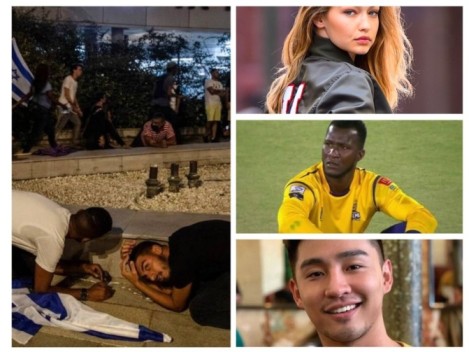 The entire situation and violence that’s going on in Palestine are unfortunate and disappointing. It’s a shock for humanity and a substantial violation of human rights. The Muslims that are suffering in Palestine just because they belong to a particular religion are not fair.

Everything that’s happening with the Palestinians by Israel needs to be condemned strongly. In fact, The explosions and rockets that are being launched in Gaza and all the innocent killings that are being reported require us to speak up for the innocent Muslims of Palestine.

Tayyab Erdogan has strongly condemned these attacks and violence against the Muslims. Masjid Al-Aqsa, the third most sacred place of Muslims, is calling us. We, as Muslims, need to speak up for this cause. All this violence is not only terror against Islam and Muslims but also a substantial violation of human rights.

Multiple celebrities from different parts of the world are speaking up for Palestine. In addition to this, Gigi Hadid has taken to her Instagram handle and talked addressed this issue. She posted an image saying, “One cannot advocate for racial equality, LGBT, & Women’s rights, condemn corrupt and abusive regimes and other injustices yet choose to ignore the Palestinian oppression. It does not add up. You cannot pick & choose whose human rights matter more.”

In addition to this, the Malaysian actor and star Alvin Chong took to Twitter and spoke for Palestinians. He wrote, “You don’t have to be a Muslim to pray and help Palestine. It’s humanity #PrayForPalestine.”

You dont have to be a muslim to pray and help Palestine. It's humanity #PrayForPalestine

Darren Sammy, an incredible cricket star, wrote, “I just can’t understand why it is so difficult to treat others as you would want to be treated, or even better yet treat each other’s as human beings. #PrayForPalestine”

I just can’t understand why it is so difficult to treat others as you would want to be treated, or even better yet treat each others as human beings. #PrayForPalestine

We are all praying for Palestine and hope that the Muslim Rulers join hands in helping the Palestinians.