Hajra Yamin is a well-known Pakistani model and actress. In 2011, she began her career in the theatre. In 2016, she made her acting debut in a television drama, and in 2018 she made her film debut. Hajra Yamin appeared in “Pinky Memsaab” as a lead actress and “Maan Jao Na” as a supporting actress. She is a talented actress with a lovely appearance. She was nominated for the Lux Style Award 2019’s “best actress award.” She is usually enthusiastic about what she does.

On social media, a mesmerizing snapshot of Pakistani showbiz diva Hajra is circulating. The actress shared a snapshot of herself on Instagram, which quickly went viral. 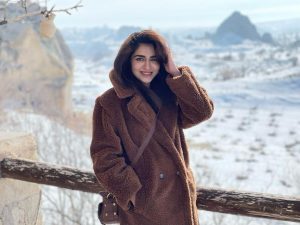 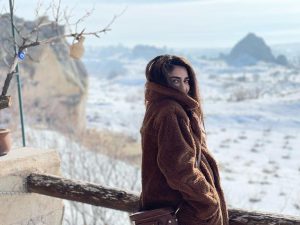