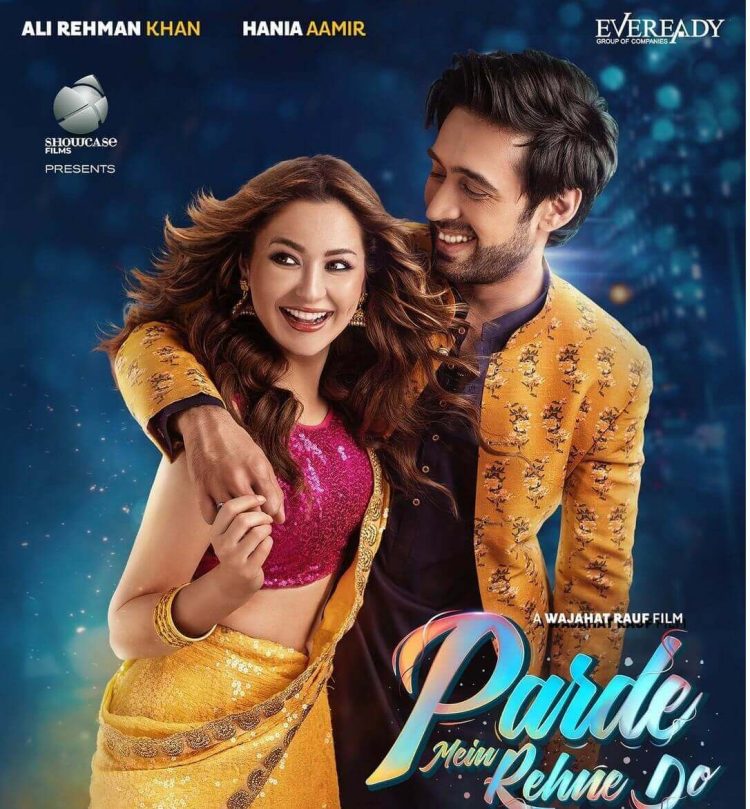 Due to the star-studded cast, which includes Hania Aamir and Ali Rehman Khan in prominent parts, the upcoming film Parde Mein Rehne Do is on everyone’s radar.

The first poster has been released, and the anticipation for the film has risen. The colourful movie poster promises a perfect blend of humour and lighthearted moments.

Hania Aamir took to Instagram to share the first poster of ‘Parde Mein Rehne Do’ with her admirers, along with a small comment expressing her delight.

“So excited to finally share this with all of you! What a wonderful experience filming this beautiful project with the most amazing people! Trailer coming soon, Presenting our film Parde Mein Rehne Do!”

The film is directed by Wajahat Rauf and written by Mohsin Ali. Wajahat Rauf, Zayed Sheikh, and Shazia Wajahat are the producers. Munib Nawaz, a well-known designer, has joined the team as the style director.

Furthermore, while no information about the film’s premiere date has been released, the new on-screen partnership has the internet gushing.