Hashim Nadeem is Back With the Parizaad’s Sequel Last year, Hum Television broadcasted the popular Pakistani Drama Parizaad. Hashim Nadeem wrote the screenplay and Shehzad Kashmiri directed the blockbuster drama. The drama shattered all records in terms of popularity, and fans were enthralled by the adventure of the character ‘Parizaad.’ The play was based on Hashim Nadeem’s novel Parizaad.

Today, the blockbuster show’s genius writer teased a second season of his novel and drama Parizaad. He captioned the photo of Parizaad with the phrase “Chapter # 2.” Take a look at the illustration. 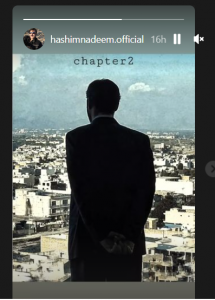