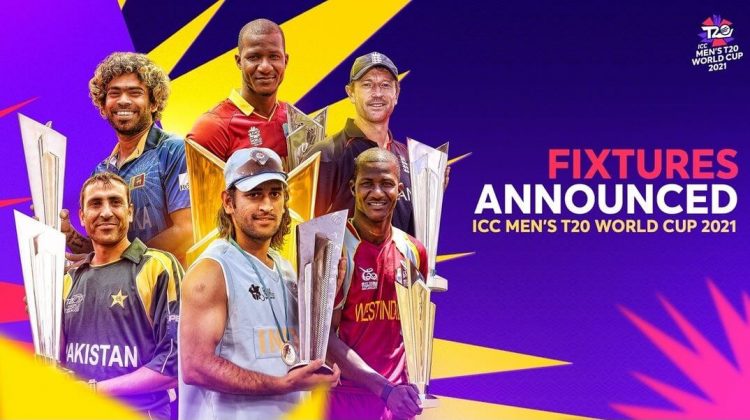 Men’s T20 World Cup 2021 fixtures have been confirmed in full by the International Cricket Council (ICC). The tournament will take place in the United Arab Emirates and Oman.

Starting on October 17, the qualifiers will begin, and the tournament will begin on October 23, respectively. To kick off the qualifiers, Oman will face Papua New Guinea, with Scotland and Bangladesh squaring off at 6 p.m. After the preliminary round, four teams will advance to what ICC refers to as the Super 12 round. 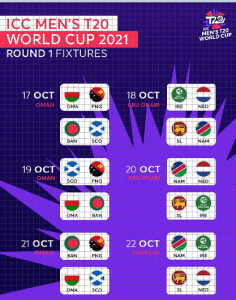 Pakistan, India, South Africa, Australia, New Zealand and the West Indies will join the four qualifiers in the Super 12 round. The opening match will take place on October 23 in Abu Dhabi between Australia and South Africa. 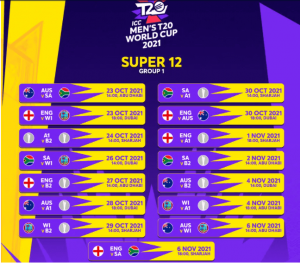 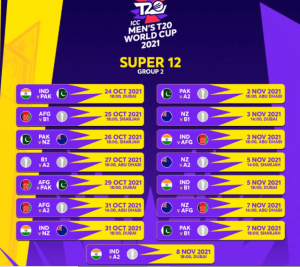 On October 24, Pakistan and India will square off in Dubai in the first match of Group 2. On November 10 and 11, the two semifinals will be held, with the champion being determined on November 14. 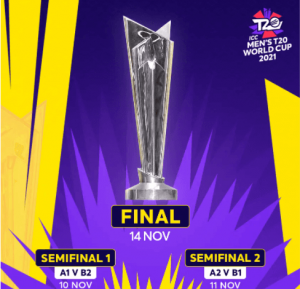 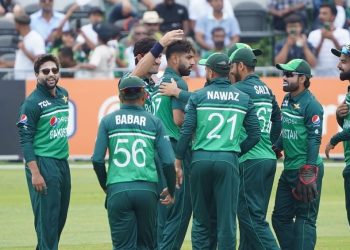