Impact of Pakistan’s Budget 2021-22 on the Stock Market

by haseeb
in Uncategorized
0 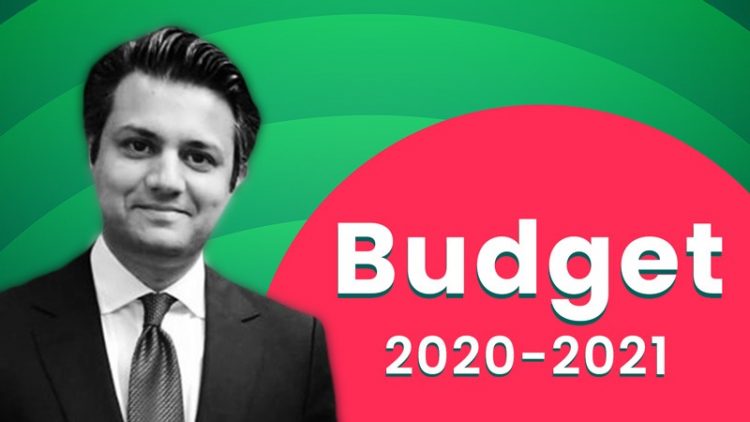 Investors in Pakistan’s stock market are set to benefit from the next budget.

According to sources, no time frame for recovering capital gains tax has been set prior to this. The budget is expected to be excellent news for both the stock and commodity markets. A plan to help the Pakistan Mercantile Exchange with trade has also been discussed.

According to reports, the Mercantile Exchange is considering exempting futures commodity contracts from the wood holding tax, and there is a potential of trading on receipt of electronic warehousing. The Chairman of the Stock Exchange has previously briefed the Finance Minister on the budget proposals.

The federal government will publish its third budget for the fiscal year 2021-22 on June 11th, with a total spend of roughly Rs 8,000 billion. The economy is expected to exceed Rs 52,057 billion in size. The economic growth rate in the next budget will be 4.8 percent. Loans and interest will cost Rs 3,060 billion. A budget deficit of Rs 2,915 billion is possible.

According to sources, the yearly development program would be kept at Rs 900 billion, the provinces’ development budget will be Rs 1000 billion in the next budget, Rs 530 billion in subsidies can be set aside, and the defense budget would likely be more than Rs 1400 billion. Tax revenue in the 2019 budget might be Rs 5820 billion, while non-tax revenue might be Rs 1420 billion.

As the budget for the fiscal year 2021-22 approaches, the opposition PML-N blasted the incumbent administration for its economic policies over the last three years.

Former Prime Minister Shahid Khaqan Abbasi remarked at the Opposition’s pre-budget conference that Prime Minister Imran Khan “has no knowledge of the foundations of economics” and makes judgments based on advice from “courtiers.”

According to Abbasi, as many as five million people have lost their jobs during the current government’s mandate. According to the former premier, the PTI-led government has burdened people by raising electricity prices by 62 percent, pushing 20 million people into poverty.

He said that while the PML-N was in power, it “lifted 20 million people out of poverty.” He further stated that Sui Northern Gas Pipelines Limited and Sui Southern Gas Company Limited were now “bankrupt,” and that financial losses owing to line outages and electricity theft had increased to 4.5 percent of total revenue.

According to Abbasi, the country’s largest problem is circular debt. “In the last three years, Pakistan’s economy has dropped by $19 billion.” Even if the effects of coronavirus on the economy had been applied retroactively to the PML-N government’s economic data, the average man’s income would have increased by 25%, according to the former premier.

“People have gotten the gift of inflation through a stolen election,” he stated, implying that the 2018 general elections were manipulated.

During his speech at the conference, former Finance Minister Miftah Ismail said that the present regime had increased government and state institution debts by Rs. 45,000 billion and was “toying with the economy.”
PM Imran Khan takes food for “langar” from Saylani, an NGO, as part of his feeding the poor campaign, according to the PML-N leader.
During Imran Khan’s tenure, the fiscal deficit increased from Rs. 3,829 billion in 2019 to Rs. 3,892 billion in 2020, up from Rs. 3,829 billion in 2019. Finance Minister Shaukat Tarin, according to Ismail, has recognized that raising interest rates raises debt.
He said that after weakening the currency, the government was only able to increase exports by 1%.

‘With such massive loans, we expected a 6% GDP,’ says a speaker at a pre-budget seminar.

“We were expecting a 6% increase in Pakistan’s GDP because the government had taken loans around Rs15,000 billion,” the former finance minister remarked.
He added that “loans of nearly Rs25,000 billion had now risen up to Rs38,600 billion,” adding that the government is still forecasting a 4% GDP growth despite the hefty loans.

According to Ismail, the fiscal imbalance was Rs 1,500 billion under PML N’s tenure and is presently Rs 3,500 billion. “The collection of the Federal Bureau of Revenue has also dropped to Rs3,897 billion.”
If the FBR has reached the Rs. 4,500 billion thresholds, it is no major feat for the PTI, according to the former finance minister, and “this was the aim for 2019”.

He acknowledged that the country’s reserves are growing, which is a positive sign, but he added at the end of his address that “no ruler has indebted this country as much as Imran Khan.”

Former Sindh Governor Muhammad Zubair, who also spoke at the event, claimed that four people have handled the finance ministry’s position during this government’s tenure.
“Where are those 200 people who said they could fix the economy?” he wondered.

PM Imran Khan said that the government has removed PTI’s “poster boy” Asad Umar as finance minister in under eight months.
According to Zubair, he advised Umar that the captain – Imran Khan – was the problem in their administration.

According to Zubair, the administration had no idea what had resulted in additional spending of Rs. 800 billion. “The government set a revenue growth target of Rs5.6 trillion, but it only managed to reach Rs3.9 trillion.”
He claimed that corruption and unemployment are still present and growing after three years, but that the PTI had promised to eliminate both in 90 days when it came to office.

“In the three years of the PTI, two finance ministers were from the PPP… the same PPP whose economic policies Imran Khan would criticize,” Zubair remarked. He concluded that rather than changing the team’s players, the captain ought to be replaced.

In 2016, the PML-N approved development projects for Chilas, Mirpur, and Muzaffarabad, but the PTI has yet to inaugurate them, according to former Interior Minister Ahsan Iqbal.
“Imran Khan has been unable to begin construction on projects such as Railway ML1 and Keti Bandar,” he added, adding that meetings of the China-Pakistan Economic Corridor’s Joint Cooperation Committee (JCC) would take place every six months during the PML-tenure. N’s

“However, since the PTI came to power, it has only met twice,” he noted. 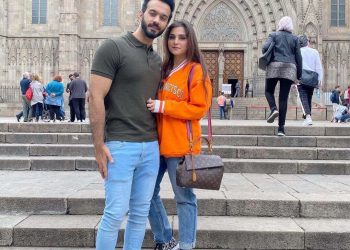