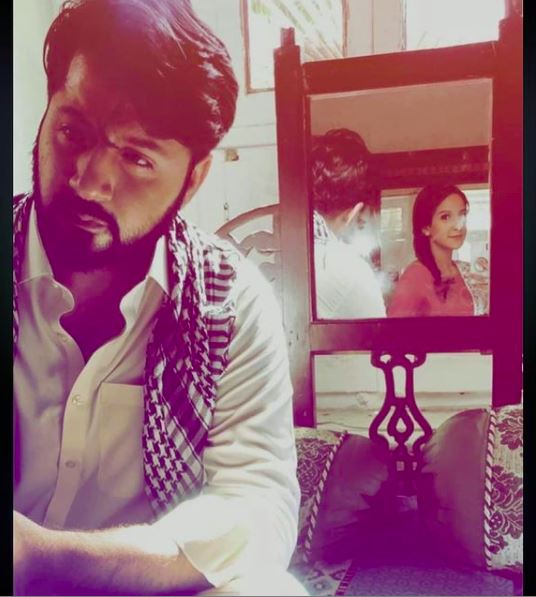 Imran Ashraf, who is popularly known for his character Bhoola in the drama series Ranjha Ranjha Kardi has received immense love. People are crazy for him. It’s not just the incredible acting skills that he has got, but his humble and positive attitude has also made others fall for him.

Imran Ashraf has always given immense respect to everyone. Be it his colleagues, seniors, or even his juniors, he respects everyone equally despite their rank and age. This is a trait that is very rare these days. His humbleness is evident from his eyes.

Not to deny the fact that he is an incredible performer. Moreover, Imran Ashraf adds life to any character that comes his way. Recently, his fans and followers are loving the role he is playing in Raqs-e-Bismil. Imran Ashraf believes that his fans are the main reason behind his success. He is someone who always acknowledges that he is what he is because of his fans and admirers.

The Raqs-e-Bismil star shared an off-screen moment from the set of Raqs-e-Bismil. He captioned it as: “We took this picture right after that scene Tumhein jo kuch mila hai tumhein mubarak ho

In the caption, he talked about one famous scene from his drama serial. Imran Ashraf has also complimented his colleague Anoushay Abbasi for her fantastic performance in the drama. The actress commented on his post and expressed her gratitude. She said, “Aaaaaawwwwwww @imranashrafawan Thank you so much! It means a lot. 🙌🏻 💕”

The drama serial Raqs-e-Bismil is currently broadcasting on Hum TV. 15 episodes have gone up. The audience is loving it so far. Let’s wait to see how the story unfolds.