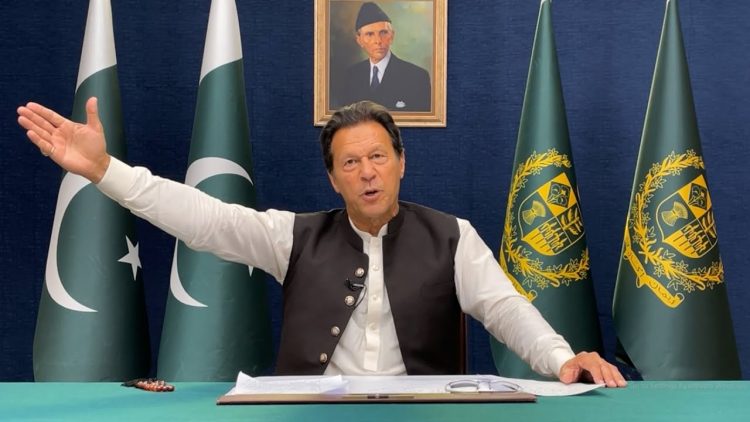 ISLAMABAD – Imran Khan, the leader of the PTI and the former prime minister of Pakistan, will talk to the whole country tonight at 10 pm, a day after the Supreme Court overturned Hamza Shahbaz’s election as chief minister of Punjab.

On his official Twitter account, the former cricketer-turned-politician praised the country for coming together last night to support the apex court’s decision, which Khan said upheld the “Constitution and the law.”

Khan decided to talk to the whole country because the Supreme Court had just overturned Deputy Speaker of Punjab Assembly Dost Mazari’s decision. This made it possible for Pervaiz Elahi to become Chief Minister, which was a very important job.

Pakistan Tehreek-e-Insaf decided on Tuesday that they would celebrate the Supreme Court’s decision by having a “Thanksgiving Day” today.

Imran Khan had earlier thanked the highest court for “standing firm and upholding the Constitution and the law” and thanked the people of Punjab for voting in the by-elections in a way that had never been done before.

Since Imran Khan was kicked out of office, there is still a lot of political uncertainty in the country’s largest province, and the country’s economic stability has moved further into the risk zone.