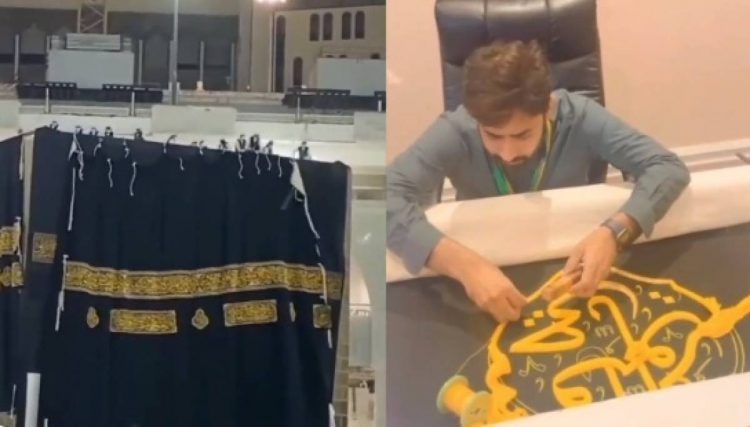 LAHORE –  Abrar ul Haq, a singer and leader of the PTI in Pakistan, is very happy because he helped embroider the Kiswa, the black cloth that covers Kabaa, the holiest place for Muslims.
He posted a video to Twitter that showed him using gold thread to do needlework on Ghilaf-e-Kaaba.
If my parents were still alive today, they would be very proud that their son got to help stitch the new cover for the Kaaba this year, he wrote as the post’s caption.

Kiswa, the cloth that covers the Holy Kaaba, was changed by the staff of the General Presidency for the Affairs of the Grand Mosque and the Prophet Mosque on Saturday, the first day of the new Islamic year. This is an annual tradition.

Kiswa was put up for the first time on the first day of the holy month of Muharram. Before, it was on the morning of Dhul Hijjah 9 during Hajj.

A team from the King Abdulaziz Complex for Holy Kaaba Kiswa was chosen to replace the Kaaba’s Kiswa. As the old Kiswa was being taken apart, the new one was being put together.