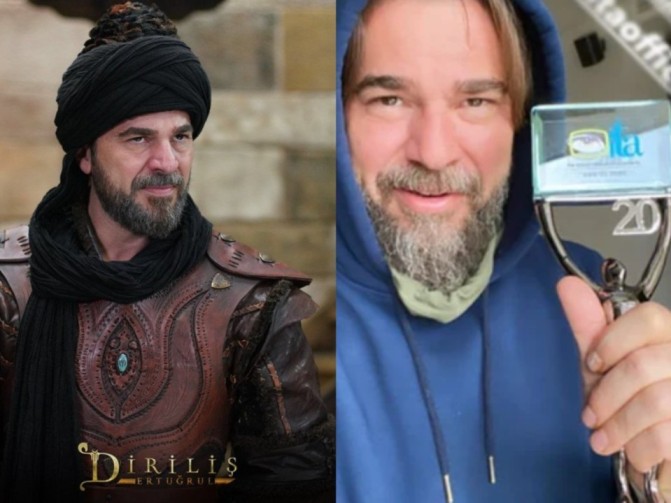 The famous Turkish star, Engin Altan Düzyatan, who recently got famous because of his super-hit period drama Diriliş: Ertuğrul, has now reached another outstanding award. His role has got him fame not only in Turkey but other countries as well. Engin is particularly famous in Pakistan and India. To honor the actor for his exceptional performance in Ertugrul, he is awarded Indian Television Academy Award.

To express his happiness and gratitude, the 41-year-old Turkish celebrity took to his Instagram story. He wished to love and support all his Indian fans and uploaded a story in which he thanked them for their support. The Ertugrul star wrote:

“Thank you for all the love and support India.” 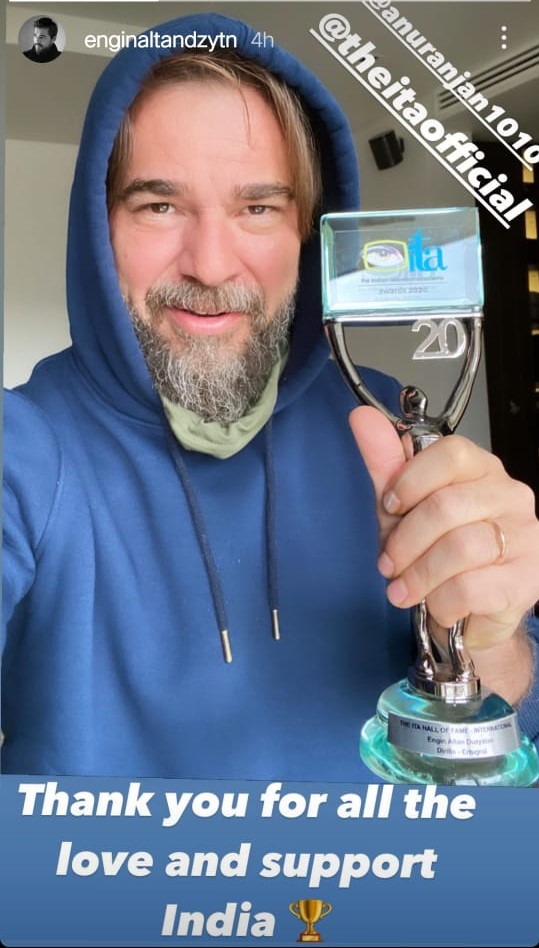 Engin Altan Duzyatan’s popularity skyrocketed after his impeccable portrayal of Ertugrul. It was a period drama made on the lives of heroes. The drama showed their tremendous sacrifices. The drama revolves around Ottoman Empire.

The fans are sure that no one can portray the character as well as Engin Altan did. It was clear from the new season in which some other person played his character, and people didn’t really enjoy it. Some time ago, a rumor started that the statue of real Ertugrul Ghazi resembles Engin. It shows the hard work and excellence of the star.