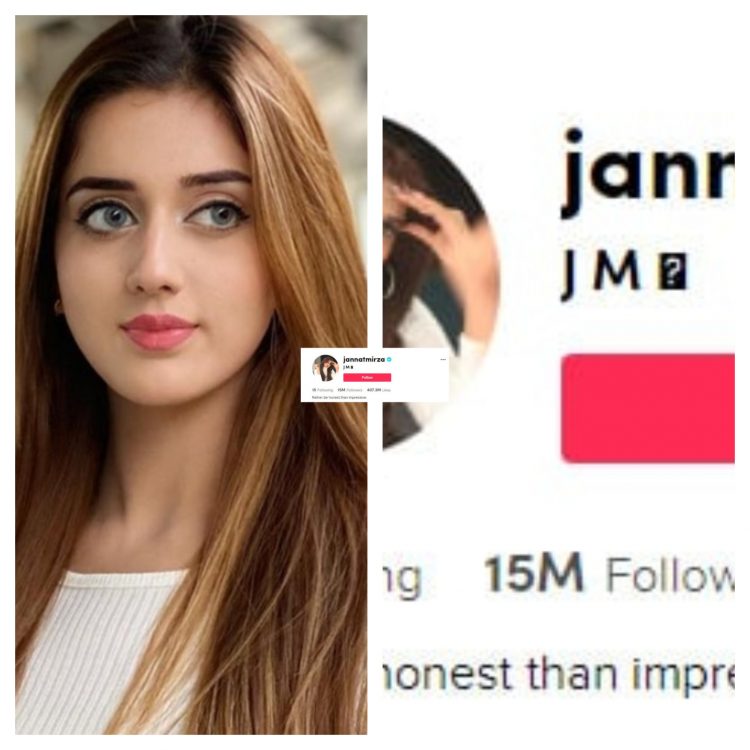 Jannat Mirza has become the first person in Pakistan to have 15 million followers on any social media site, thanks to the app’s growth.

Jannat Mirza has now surpassed Pakistan’s current Prime Minister, Imran Khan, in terms of prominence as a result of this recognition. Prior to Jannat Mirza, Prime Minister Imran Khan was the only person in Pakistan who had 13.5 million Twitter followers, but she now leads the race thanks to a rise in Jannat Mirza’s TikTok followers.

On the other hand, Ayeza Khan, Pakistan’s most famous actress on social media, has 9 million Instagram followers, but Jannat Mirza has surpassed both Prime Minister Imran Khan and actress Ayeza Khan.

If you look at Jannat Mirza’s TikTok account, you’ll notice that she’s posted countless videos that have received millions of likes and supportive comments from her fans.

Jannat Mirza currently has 2.1 million Instagram followers and has over a thousand Instagram posts, which include both her charming images and her TikTok videos.

Jannat Mirza, 20, is a student at Arts College in Faisalabad, Pakistan’s most popular industrial area.
She had moved to Japan for educational purposes last year, but after a few months in Tokyo, she returned to Pakistan.