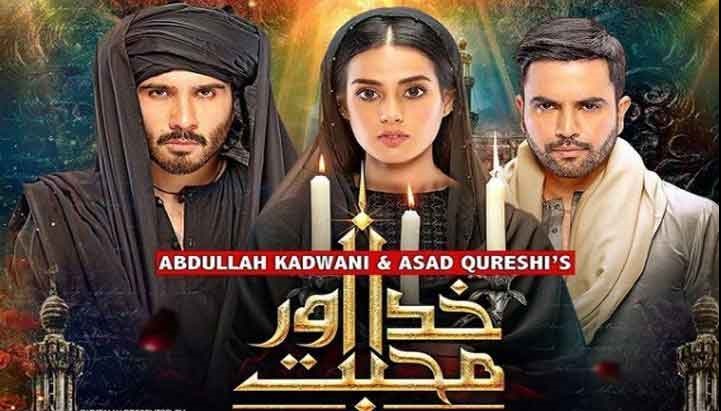 On February 12, 2021, the Khuda Aur Mohabbat Season 3 was premiered. The show was a worldwide hit, the story has progressed to the point where Maahi (Iqra) regrets her decision to play the game with Farhad (Feroz), and I believe she has fallen in love with Farhad, but she has no choice but to marry the wealthy Taimur in order to gain some freedom in her life and continue her studies because of her orthodox family.

In dramas, Feroze Khan is noted for his dramatic and romantic performances. His first drama, Chup Rahi, starred Sajal Ali. His very famous drama “Khaani” with Sana Javed helped her gain more fame. Due to his great acting abilities, he has a large fan base. He will appear in Khuds Aur Mohabbat Season 3 with his best acting and a great character. Feroze Khan’s latest drama will star actress Sana Javed, and their fans are ecstatic to see them together again on television.

In Season 3, Iqra Aziz will star alongside Feroze Khan as the best on-screen couple. Iqra Aziz began her acting career in 2014 and has since appeared in a number of popular programs. She is a gifted young lady who can effortlessly portray both good and bad characteristics. She played the lead in a number of dramas, demonstrating her remarkable acting abilities. Yasir Hussain, an actor and host, married Iqra. She is a 23-year-old woman.

In the upcoming season of the show, Junaid Khan and Tooba Siddiqui will be portrayed as a couple. Tooba Siddiqui will make her first appearance in a drama in a long time. Junaid Khan is a multi-talented actor who has been in numerous plays and films. He began his acting career in 2011 and has since been in a number of popular programs.

Mirza is another name for Zain Baig. Zain Baig is a young actor and model with a lot of potential. Dil Kya Kre, Dil-e-Gumshuda, Malaal-e-yaar, Aas, and Tera Ghum Aur Hum were all hit dramas in which he starred. He made his acting debut in Humayun Saeed and Mehwish Hayat’s blockbuster drama “Dil Lagi.” “Yaar Na Bichray,” starring Zain Baig and Zainab Shabir, is Zain Baig’s most recent drama.

Hira Soomro is a model and actress from Pakistan. She plays Feroze Khan’s younger sister in Khuda Aur Mohabbat Season 3 and does an excellent job in the part. She also had lead and supporting parts in a number of popular dramas.

Season 3 of Khuda Aur Mohabbat is now airing on Geo TV. 3rd season was directed by Syed Wajahat Hussain and star Iqra Aziz and Feroze Khan. Mahi and Farhad are the characters they’re portraying. The key characters in the story are Mahi and Farhad. Farhad, a middle-class kid with lofty ambitions, falls in love with Mahi during the wedding of one of her closest friends. She is the daughter of a wealthy feudal family. Things start to go bad when Iqra Aziz marries another guy despite her undying love for Farhad. The fast-paced drama keeps the plot going. Sufism’s issues, supernatural qualities, and the friction or disconnect between modern culture and Sufism are all addressed in the story.