Malala Yousafzai is appeared on the cover of Vogue, a British fashion magazine 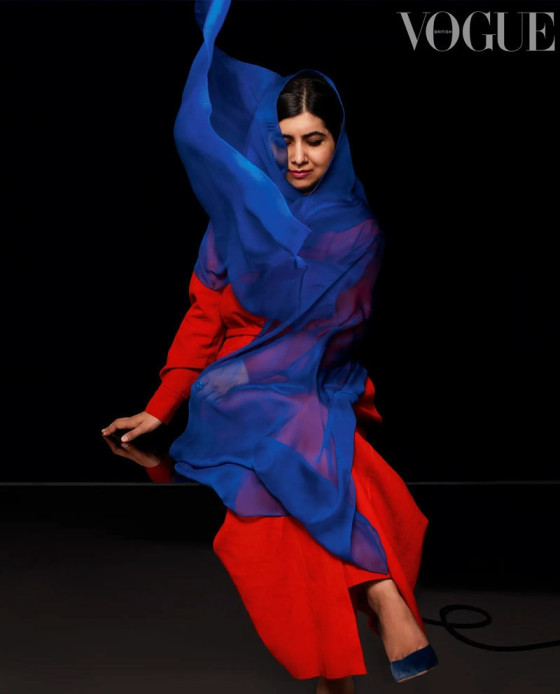 Malala Yousafzai, the youngest Nobel Prize-winning and social activist from Pakistan, was featured on the cover of the British fashion magazine Vogue

Malala Yousafzai has been chosen for the July cover of Vogue Magazine.

Malala tweeted yesterday about a portrait of herself on the cover of a fashion magazine, saying, “I know the power that a young girl carries in her heart when she has a vision and a goal – and I hope that every girl who sees this cover knows that she can change the world.”

I know the power that a young girl carries in her heart when she has a vision and a mission – and I hope that every girl who sees this cover will know that she can change the world. Thank you @BritishVogue, @Edward_Enninful & @thedalstonyears pic.twitter.com/3OYejo5Hnm

Malala’s photo has received a lot of positive feedback on social media.

Malala’s interview, on the other hand, was posted on social media by the British fashion magazine Vogue with the title “Malala’s remarkable existence.”

Malala’s outstanding accomplishments as a magazine profile have also been acknowledged.

“Dupatta represents the identity of our Pashtun culture, which symbolizes where we belong,” Malala told Vogue in an interview. We Pashtun or Pakistani girls are deemed repressed and mute when we wear our traditional attire.” As a result, I’d like to encourage everyone to have their own cultural voice.