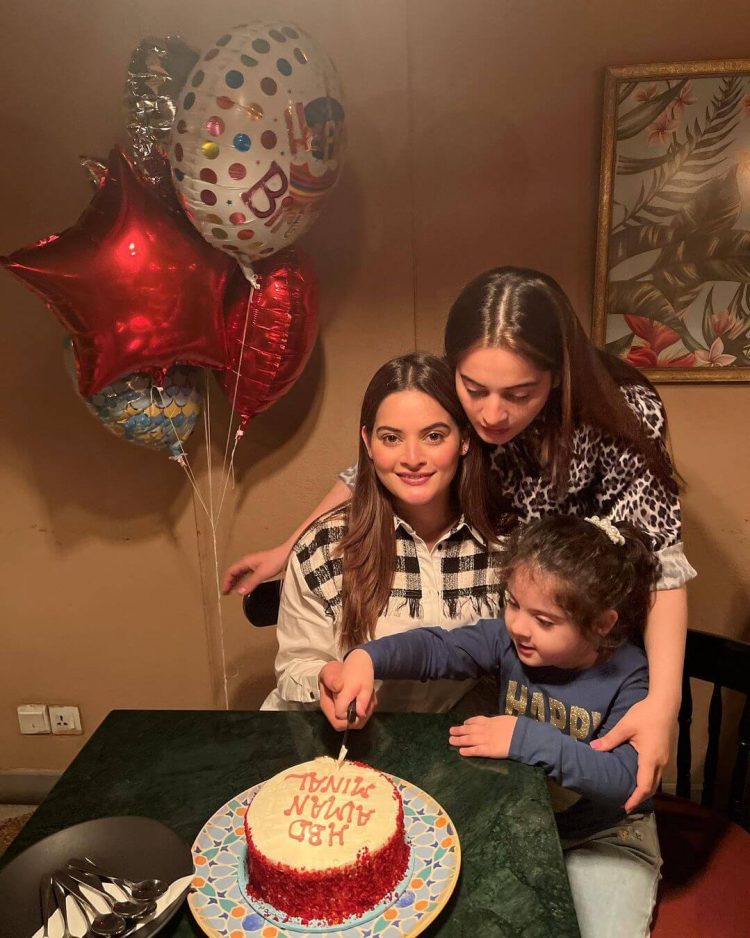 Celebrity sisters Aiman Khan and Minal Khan have made a smooth transition from being well-known child stars to currently being some of the top leading ladies of television shows. They are well-liked and have grown before people’s eyes in both their personal and professional life.

While Minal Khan is wed to actor Ahsan Mohsin Ikram, Aiman Khan is married to actor Muneeb Butt and the pair has a stunning daughter named Amal Muneeb. Due to their personalities and the way that people have related to them ever since they were child stars, the twins have large social media followings.

Yesterday it was Aiman Khan and Minal’s birthdays. Every year, the two actresses celebrate their special day together, and their families treat them like royalty. To celebrate the birthday of the two prominent members of the family, Aiman and Minal’s mother Uzma Mubeen, their brothers, Minal’s husband Ahsan Mohsin Ikram, and Aiman’s infant daughter Amal Muneeb all gathered together. Aiman and Minal aren’t afraid to flaunt their twin links, and they did the same thing for their birthday. Here are some lovely pictures of the couple having fun with their loved ones: 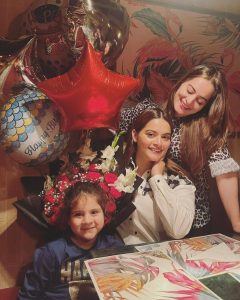 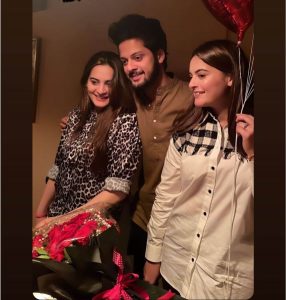 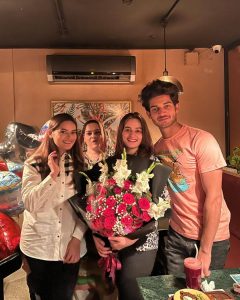 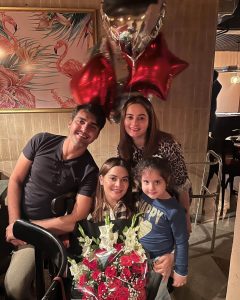 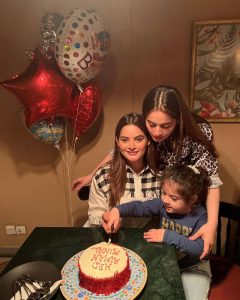