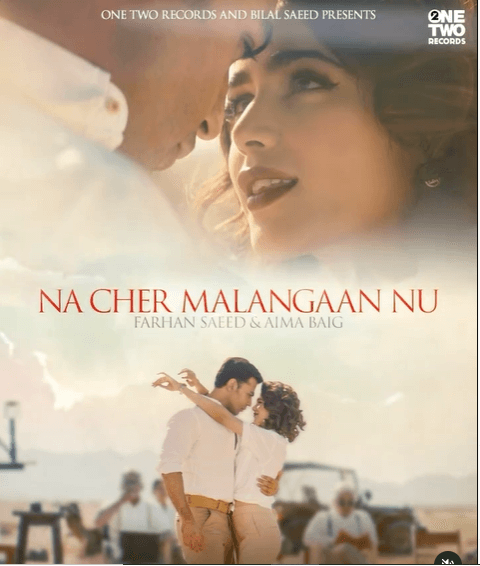 Aima Baig and Farhan Saeed, two Pakistani singers, have come up with a promising new song called “Na Cher Malangaan Nu,” which was launched lately and is already ranking among the most popular songs on YouTube.

According to the data, Bilal Saeed wrote, composed, and produced the song under the direction of Adnan Qazi. Farhan Saeed demonstrates his acting abilities with a lovely demonstration of intense love, sadness, fury, and revenge all at once, thanks to an intricate blend of his soothing vocals and love theme!

Furthermore, the music video opens with two artists portraying eternal love in the sunset. The melody’s lyrics generate a magnificent synthesis of exhilaration that soothes any worrisome emotions. Shortly after, the two protagonists are seen getting into a scuffle, eventually parting ways only to reunite at the premiere of their film. Farhan Saeed, on the other hand, appears with a female companion, while Aima Baig is seen departing the premier sad. This video reached more then 2 Million viewers and Farhan shared his thoughts on Social media. He said “Thank you for falling in love with #NaCherMalangaanNu 2 MILLION+ times. Trending on #13 for Music and #17 in Pakistan”.