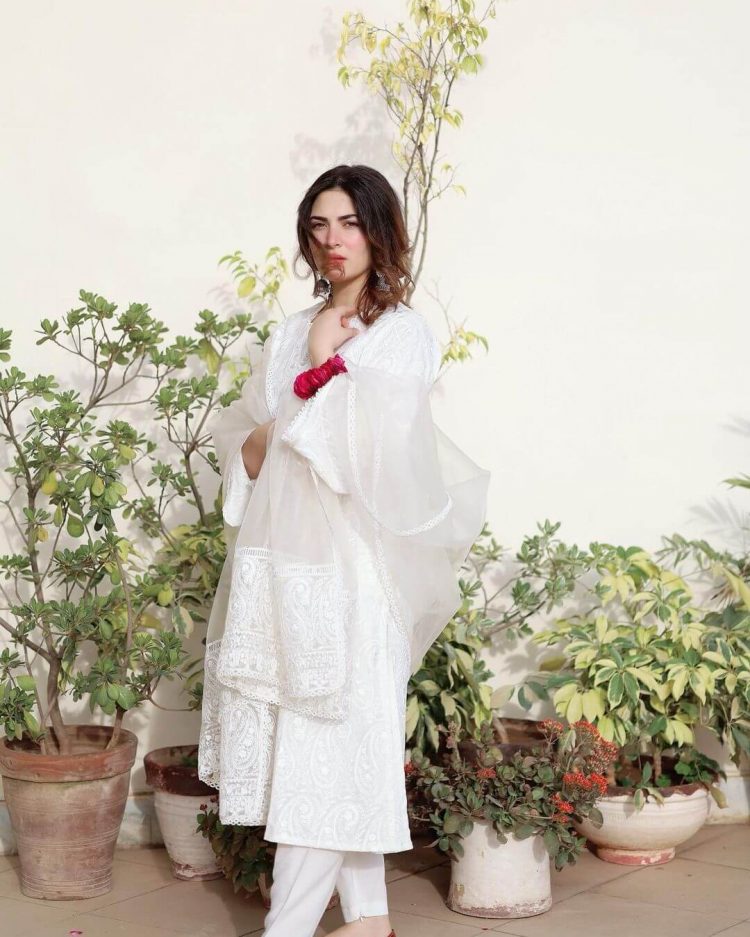 Naimal Khawar Abbasi is a stunning Pakistani actress, visual artist, painter, and social activist who has been on television and in films. She rose to prominence after starring as ‘Mahgul’ in the Pakistani feature film “Verna.” In her first drama, Anaa, she was also well-liked. She is the wife of Hamza Ali Abbasi, a former Pakistani actor. Naimal’s son is lovely.

Naima’s pictures have recently swamped the internet. In her white Sadaf Fawad Khan studio attire, she looks gorgeous. It was paired with a scarlet khussa and a beautiful gajra. Her lyrical ensemble is completed by her silver earrings and disheveled braid. We were swooning over these Naimal images. 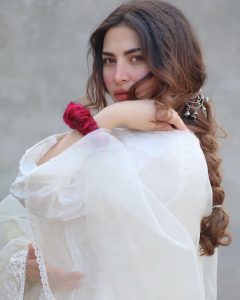 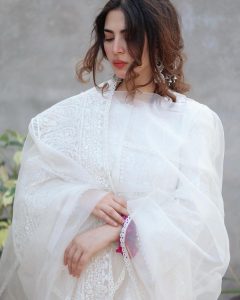 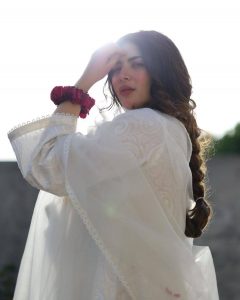 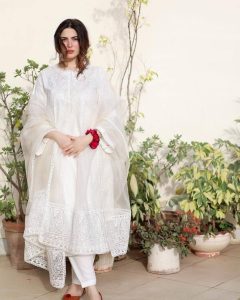 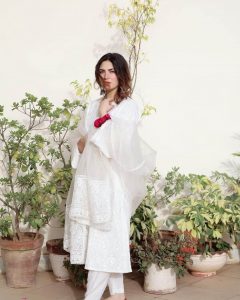 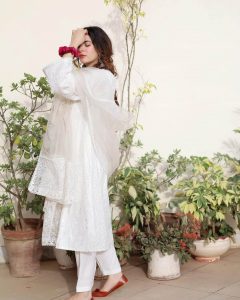