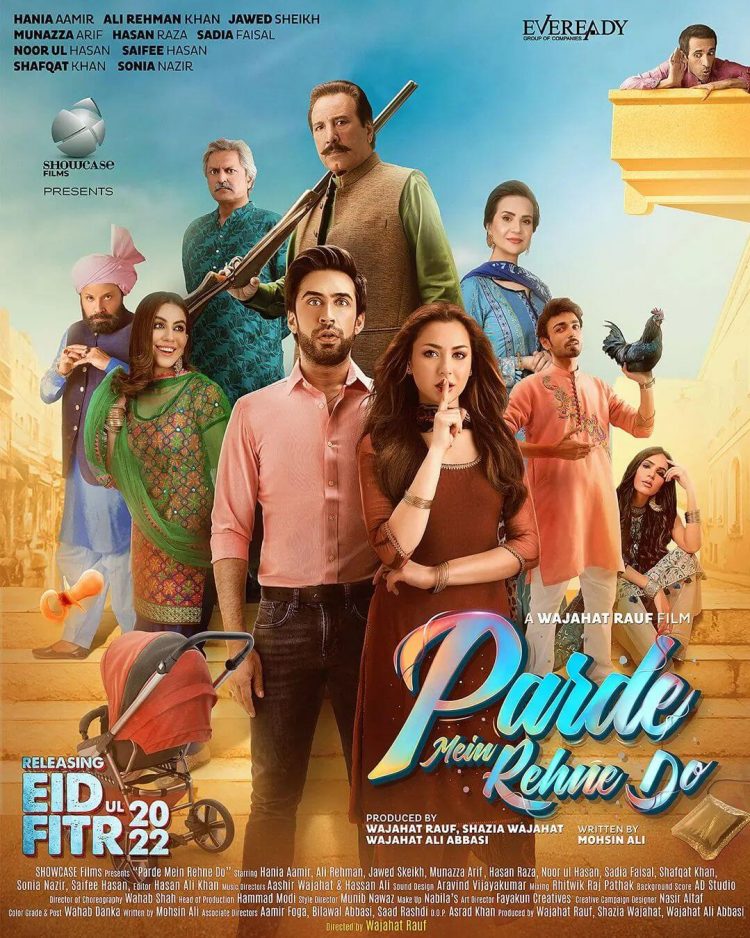 Wajahat Rauf’s upcoming film “Parde Mein Rehne Do” appears to be a lighthearted comedy based on societal taboos. The picture stars Hania Aamir, who is always stunning, and Ali Rehman Khan, who is incredibly brilliant. In supporting roles, Javed Sheikh and Sadia Faisal appear. “Parde Mein Rehne Do” portrays the narrative of a couple who is trying to start a family but is being pressured by society.

This Eid-ul-Fitr, 2022, the film will be released in theaters. The official trailer for the highly anticipated film “Parde Mein Rehne Do” was recently released; have a peek!