Nokia 8.3 is the first 5G ready phone of the company. It is also known to be one of the highest-end handsets in its ecosystems. The latest information that came from Nokia Power User has something interesting in it. It says that Nokia is currently working on the development of Nokia 8.3’s successor.

The successor will be richer in specifications and full of improvements than the previous one. According to the earlier reports, HMD Global has reported that it’s planning to revamp its naming scheme. That is why it’s expected that the upcoming phone will have a different series name. Instead of Nokia 8.4 5G, it will be called Nokia G10. 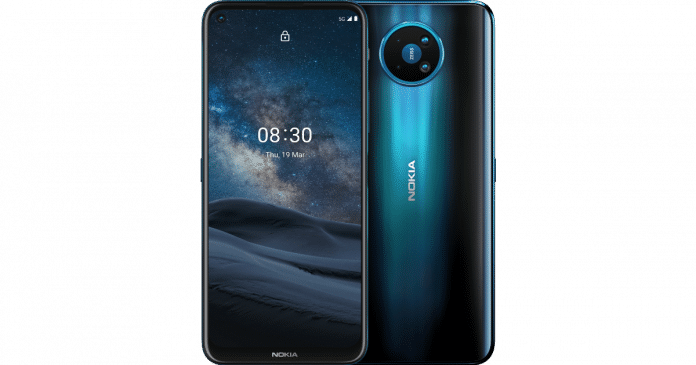 Reports also say that the successor of Nokia 8.3 may have an upgraded or latest version of Snapdragon 765G. This chipset is known to have a model number SM735. That is why some rumors are saying that it may be called Snapdragon 775 or 775G officially.

The mysterious upcoming phone by Nokia is expected to have a 6.5-inch display. 1440p and 120Hz are going to be its resolution and refresh rate, respectively. Some rumors are saying that the battery capacity will be 5,000 mAh. However, there is no news regarding charging speed.

The Nokia 8.3’s successor is also rumored to have a ZEISS branded 108-megapixel Penta-lens camera system. The primary camera, a telephoto zoom lens, a depth sensor, and a macro camera are some of this phone’s suggested parts.

We expect to hear more about the Nokia 8.3’s successor over the upcoming weeks.

The Launch of the OnePlus Watch on March 23 is Real!

Ushna Shah has her unique way of wishing Ramadan Mubarak to all!

Ushna Shah has her unique way of wishing Ramadan Mubarak to all!

Look how Sanam Chaudhry did the magic!